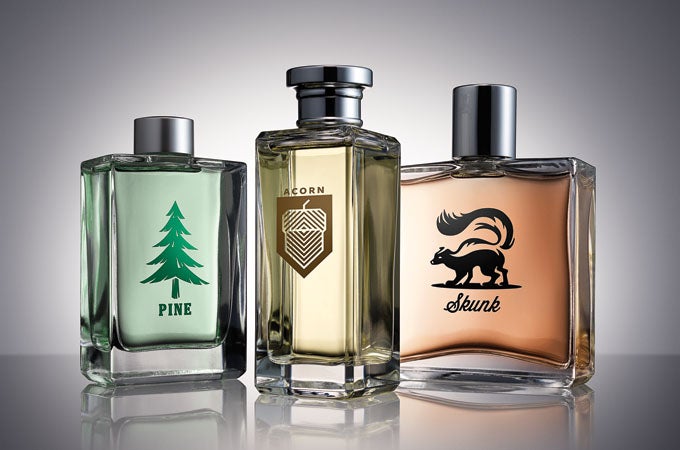 You may remember the second annual sniff test we did in the magazine last year. In that test the most popular products designed to reduce or neutralize human odor did not fool Chase, the drug-sniffing German shepherd and Houston County, Minn., K‑9 cop. The dog found the hidden hunter—and fast—no matter what scent-control product was used. So why should skunk, pine, and acorn scents do what soaps, sprays, and no-scent clothing couldn’t? I bought a bunch of cover scents nonetheless and with Chase out sick, I booked a new K-9, Ike, and his handler, Lt. Tracie Erickson, for a day of testing.

What I got was a real eye-opener.

The Hot Box
Like last year (Aug. 2011), we analyzed product performance using the Hot Box game. In this police-dog training exercise, six plywood boxes (4 x 4 x 4 feet) are spaced evenly in two rows across a large field. My hunting buddy Bob Borowiak, my dad, and I first sat in each box for two to three minutes to “heat them up” with human scent. Only Borowiak remained hidden in one of the boxes. Ike’s job was to sort through the six boxes full of human odor and pinpoint the “hot” one with the hunter still inside.

To start each test, Erickson walked Ike to one end of the boxes and commanded, “Find him!” I used a stopwatch to time how long it would take Ike to mark the hunter.

Test #1: No Cover
After we heated up the boxes, Borowiak, dressed to hunt but with no scent-eliminating clothing and no type of cover scent, remained in one of them.

The Result: I knew Ike would find him, but I was amazed at how quickly he did. Only six seconds elapsed from Erickson’s command until Ike barked and pawed at the enclosure hiding Borowiak, ignoring the other boxes.

Test #2: Pine and Earth
After reheating the boxes, we pinned six pine and cedar scent wafers to Borowiak’s coat. Then we sprayed him down liberally with earth-scent spray. He smelled like a conifer forest.

The Result: Ike did not speed directly to Borowiak’s box. Rather, he ran past each enclosure once, double-checking one before finding the hunter. Elapsed time: 25 seconds.

Test #3: Acorn Scent
This time after reheating, we pinned acorn-scent wafers to Borowiak’s coat and misted him with acorn-based spray. I also soaked a rag with a synthetic acorn scent from an aerosol can and handed it to him before he hid.

The Result: Again Ike ran the entire course, scent-checking all six boxes and double-checking the ones that my dad and I had most recently reheated. Elapsed time: 45 seconds.

Test #4: Skunk Scent
Finally, I gave Borowiak a canister containing a cotton ball soaked with enough skunk scent to gag an outdoor writer. After we reheated the boxes, Borowiak was off again to hide. The whole test area reeked as though someone had road-killed a polecat.

The Result: Timewise, this was a tie with the acorn scent; it took Ike 45 seconds to find Borowiak. However, both Erickson and I noted that Ike snapped his head toward the hunter when he ran by his box the first time, indicating he’d caught stronger human odor there. Still, he double-checked three more boxes before confirming his suspicion.

Buying Time
In all three years’ sniff tests, the dog consistently scented the hidden hunter. The trick, I’ve learned, is to find a way to delay the inevitable. Scent-reducing products failed utterly at this last year. Yet pine-and-earth scent proved twice as effective as no cover scent, and both acorn and skunk confused the dog for a full half minute longer.

Completely fooling a dog’s nose—and by extension, a whitetail’s—so far seems impossible, indicating that there’s no substitute for keeping a deer upwind. But sometimes bucks show up where we don’t intend them to, and all we can hope for is an edge, however slight, that might confuse the animal long enough to set up a shot. Ike proved to me that the smart money is on cover scents. And if you have to choose between skunk and acorn, go nuts.