How and When to Use a Signal Fire

A large plume of smoke can attract rescue attention better than any other method. Two Basics: Unless you have plenty... 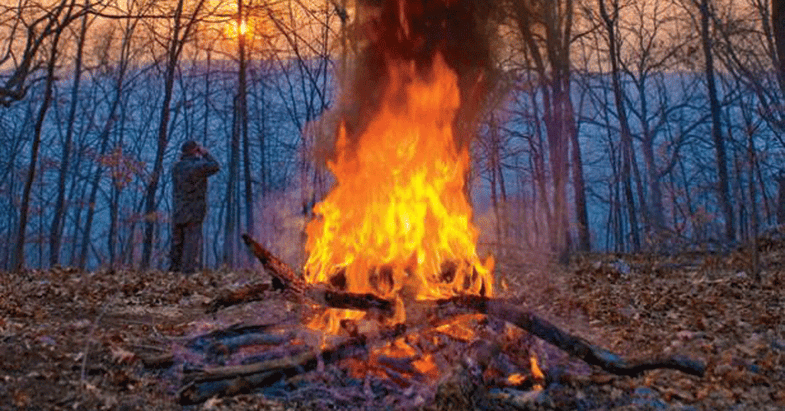 A large plume of smoke can attract rescue attention better than any other method.

Two Basics: Unless you have plenty of both, don’t waste energy and fuel maintaining a signal fire. Keep three ready to light when you spot a rescue plane. And don’t waste matches by trying to light a signal fire with a single match. Instead, use it to ignite a longer-burning super-match. Look around–soda straws, plastic spoons, strips of rubber, and twists of duct tape all burn long and hot. Once lit, bring this to bear on the signal fire.

Black smoke is usually better than white because it won’t be viewed as a campfire. Test green vegetation to make sure it produces plenty of smoke. To really pour out dark, billowing plumes, feed your blaze with anything petroleum-based, such as tires, oily rags, truck floor mats, and boat cushions.

White smoke might be needed in country covered with conifers. Feed wet foliage into the fire to produce white smoke. To make a large, billowing plume, build a big fire and then nearly smother it with wet leaves or grass.

Try to build your fire in an opening where it can be easily seen from the air.