Let’s be honest, most new turkey gear is pretty much the same as the old turkey gear. But not all of it. Each spring, a relative handful of companies rolls out a smattering of products that are actually innovative, or truly unique, or just plain better than what you have now. That is what’s in this roundup: a ground blind with one-way see-through material that you can peer out of but turkeys can’t peer in; a breeding-pair decoy that’s so realistic you almost have to cover your eyes; a new turkey load that’s as hard to miss with at 5 yards as it is deadly at 50 or more. Plus, we tested and selected the sweetest-sounding new calls of 2018, including a pair of surprisingly affordable custom yelpers. If the turkey hunting this year half as good as the new crop of gobbler gear, you’re in for a great season.

The latest from custom call maker ­Patrick Urckfitz was my favorite new box call. I love its classic, natural sound. Purpleheart over walnut, the Rubber Necker is loud enough when it needs to be, but mellow and convincing for close-in work. Because it’s a one-sider, it’s hard to make a bad yelp on the Rubber Necker. It’s also hard to beat this price for a custom box. —W.B.

The SurroundView 360 is fully wrapped with a panel of one-way see-through material. That means you can see out, but turkeys cannot see in. It’s a big deal. Not only are there no blind spots with this blind, but whereas most pop-ups shutter you from the outdoors, this one pulls the spring woods right in, so you can enjoy it all. —D.H. 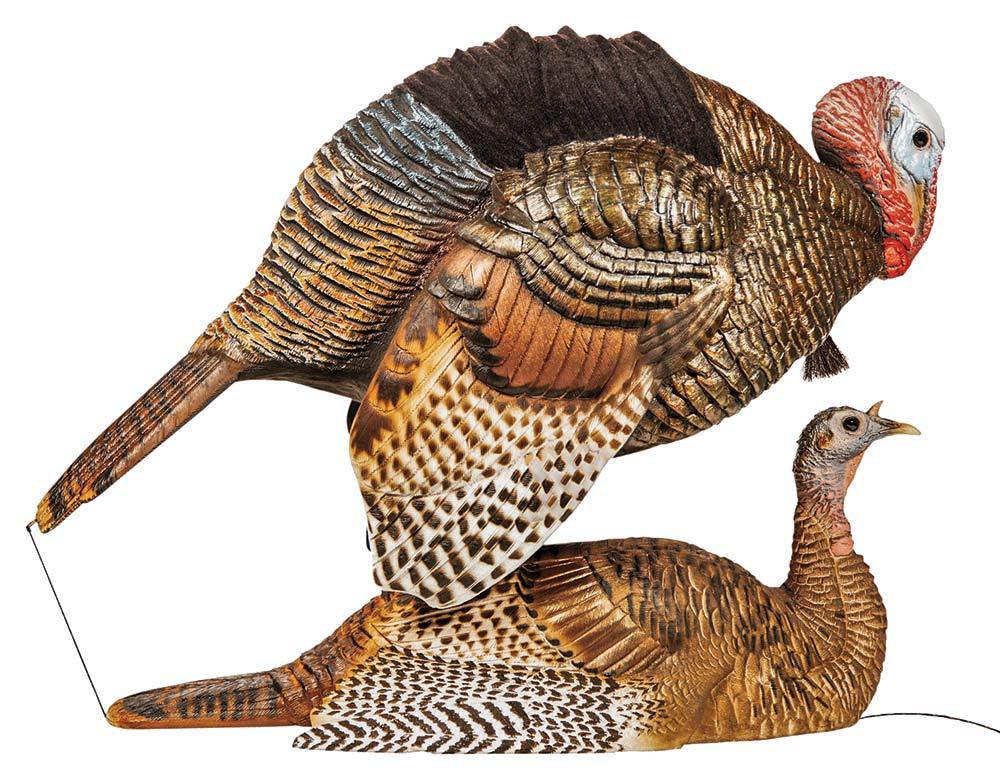 The Mating Motion Pair combines a jake decoy and a laydown hen, in a breeding pose. But there’s more: A pull-string sets these two birds in motion—yes, that motion. I don’t know what’ll happen when day breaks and Tom looks down from a limb to see Jake and Henny doing this, but I sure want to be hiding in the bushes to find out. —W.B. 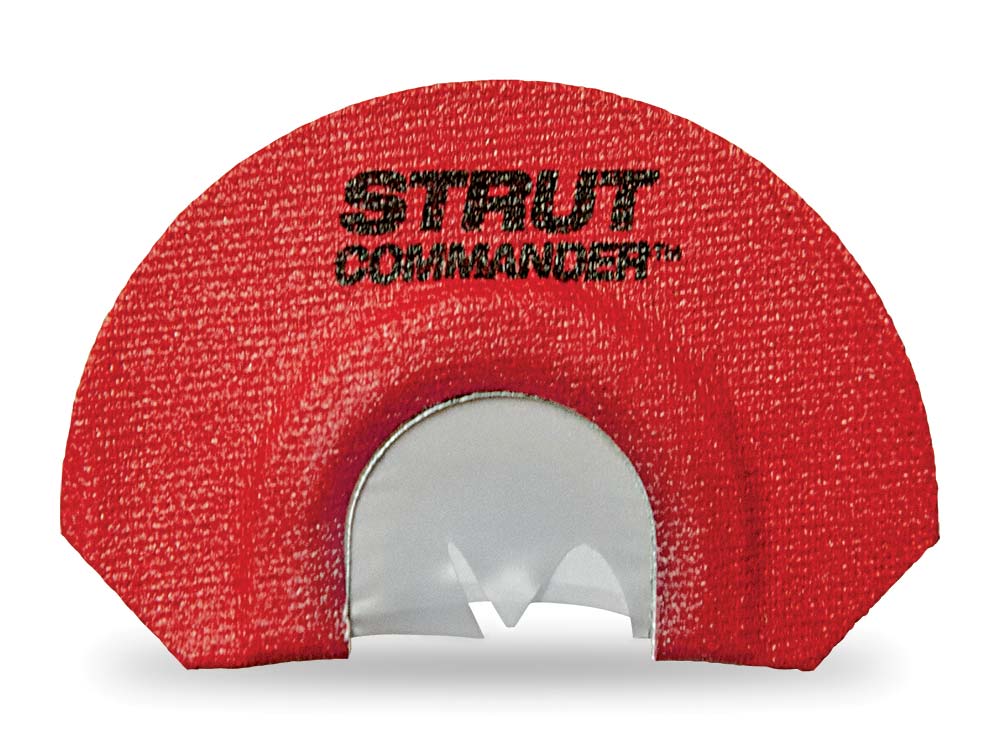 The ghost-cut Voodoo starts with a piercing, clean high note and drops into a loud, henny yawp—perfect for making far-off toms give it up. (It makes a killer kee-kee run too.) Once your bird shuffles in closer, switch to the Sandman (shown). This triple is easy-blowing enough for purrs, whines, and do-whits. It’s a closer. —D.H.

I know, it has the look of a cheap gizmo, but this remote-controlled strutter stake works well and can definitely help you kill more longbeards. You just set the stake up, top it with any hollow-body strutter decoy, sit back, press a button, and your fake starts spinning in half turns, clockwise and counterclockwise, very much like the real thing. Runs on four AA batteries. —D.H.

You know what I want in a turkey vest? As little as possible. No rods, frames, or orthopedic cushions. In fact, I’ll often just throw some calls and shells in a fanny pack and go. That’s why I like this vest so much. There are days when I do need the extra space that a vest affords—and on the days that I don’t, I can simply remove the detachable front accessories pocket and carry that with its built-in shoulder strap. —W.B.

F&S editor-at-large and knife nut T. Edward Nickens put me on to this little gem. The 2.6-inch full-tang blade is CPM S35V powder-made steel. The handle is maple and black Richlite. The modified drop-point design makes for a highly maneuverable blade that’s well-suited to a range of tasks, from field dressing to skinning, breasting, and caping. Do you need a $165 turkey knife? Of course not. But if you’re a knife junkie who wants a dedicated gobbler (and small-game) blade, this is a beauty. —D.H.

Winchester’s Super X4 is a trim, easy-handling, and soft-shooting gas gun at a fair price. I’d gladly hunt with the standard version, but this NWTF Turkey edition is a little snazzier. It has a 31⁄2-inch chamber, adjustable fiber-optic sights, an optic rail, and a Mossy Oak Obsession finish. A portion of the sale of each gun goes to the NWTF too. —W.B. 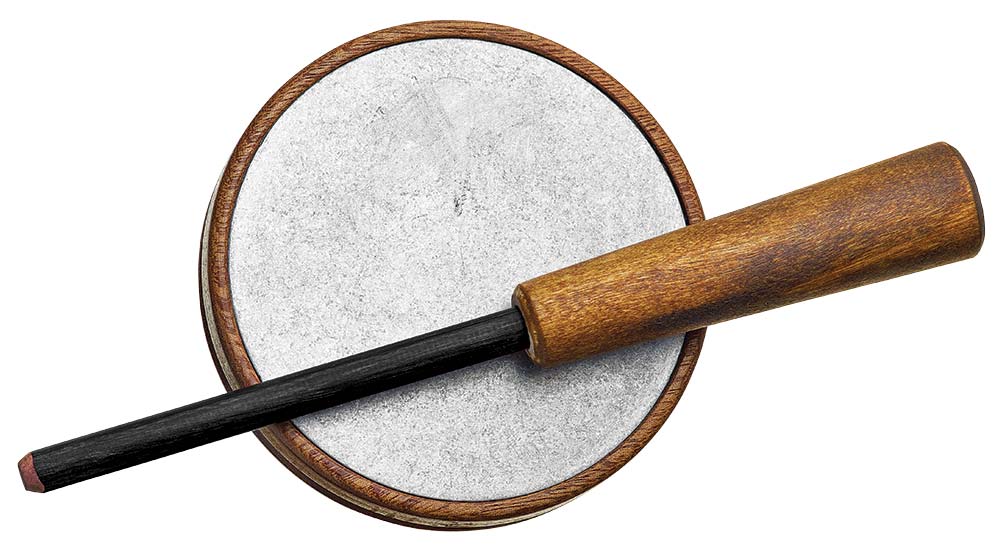 The latest in Kevin Farr’s lineup of custom pot-and-peg calls isn’t just another aluminum screamer. Yes, it screams when you want to get loud, but the call’s stoned-aluminum surface has a little grab, giving you more control for clucking, purring, and soft yelping. You expect a handmade call to have a little extra turkey in it, and this one does, with great tone and rollover—all at a very fair price. —D.H.

This is a new reaping decoy. Incidentally, Avian X also markets it as a way to display a fan and beard in your house. To which I say: Oh, perfect, I needed something to go between my leg lamp and my collection of diorama wall clocks. Anyway, what matters is that as a decoy (not as décor), this thing looks awesome. Almost two-­dimensional, it’s lightweight and compact and has a carrying handle. Once it’s decked with a real fan and beard, it’s as convincing a reaper decoy as you’ll find. Makes a fine stationary strutter decoy too, with included stake. —D.H. 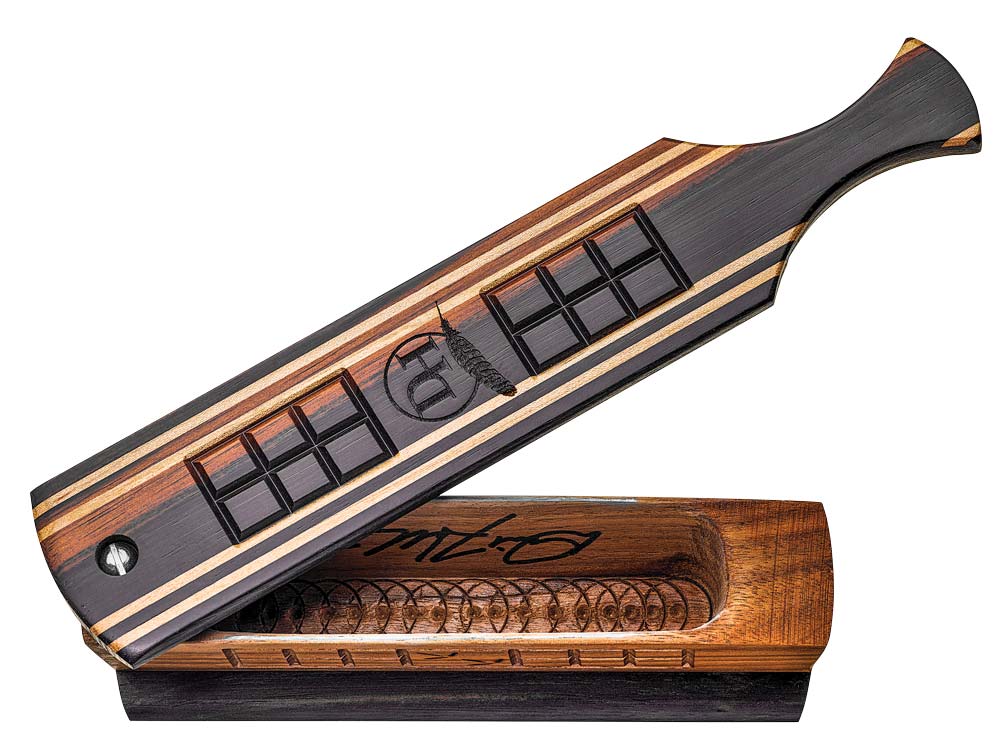 First, this is a gorgeous call—a heavy-in-the-hand short box that pairs a Macassar ebony paddle and a black walnut box, both with decorative checkering and a satin finish. More important, when those two hardwoods meet, this call jumps to life, with a tone that’s sharp and shrill but still all turkey. It’s my favorite new box call for 2018. —D.H.

On the heels of Winchester’s 20-gauge Long Beard XR turkey load debut is Carlson’s new 20-gauge Long Beard tube. Available for most popular guns, it’s ported with a constriction of 0.568, and is purpose-built for the new Winchester load (though it’ll work fine with other turkey loads too). If you’re among the growing number of hunters loading up with yellow shells, this is a combo to try. —W.B.

Federal’s 3rd Degree—which uses three types of pellets to produce more forgiving close-range patterns—is my go-to shell for thick woods. I’ve also seen enough birds killed with 3rd Degree at 40-plus yards to know that the “load for any distance” claim isn’t hype. Now, Federal has replaced the Heavyweight pellets in 3rd Degree with denser Heavyweight No. 7 TSS, and swapped in a new wad that plays nice with ported chokes. —W.B.

These boots feel like lightweight tennis shoes with aggressive soles and waterproof construction. I like the 8-inch noninsulated version, but you can get the insulated version if you’re prone to cold feet. Usually, the stench from my boots could be classified as a chemical weapon, but the Vaprtreks have a ScentBan feature. I won’t say the boots don’t smell at all, but Michelle lets me bring these in the house. —W.B. 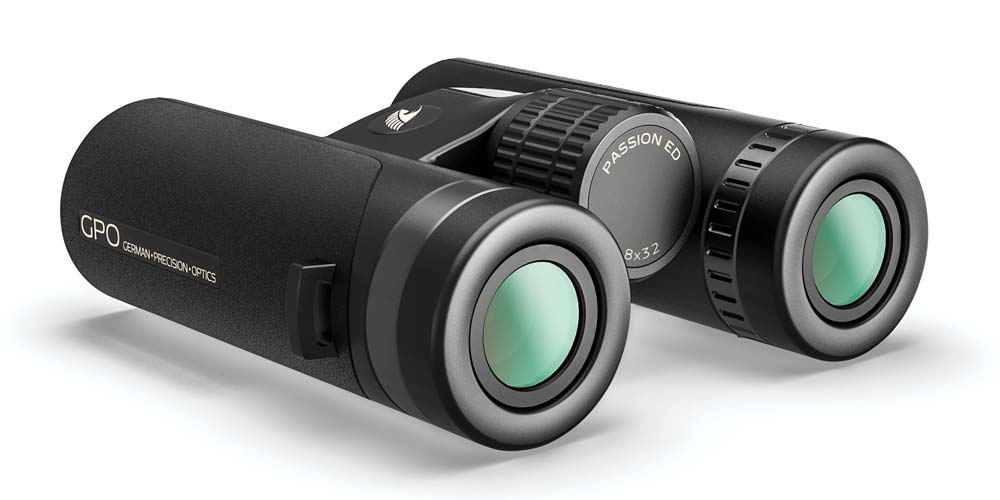 By combining German engineering with more-affordable Asian glass, this new company is earning a reputation for producing premium optics at midrange prices. I love an 8X compact for turkey hunting, and this one is comfortable in hand, has impressive resolution and low-light performance, and offers some nice pluses you don’t always see in this price range, including a durable magnesium body, locking aluminum eyecups, and a lifetime warranty. Also available in 10×32, 8×42, and 10×42. —D.H.