Blast from the Past: Winchester Model 12 16-Gauge 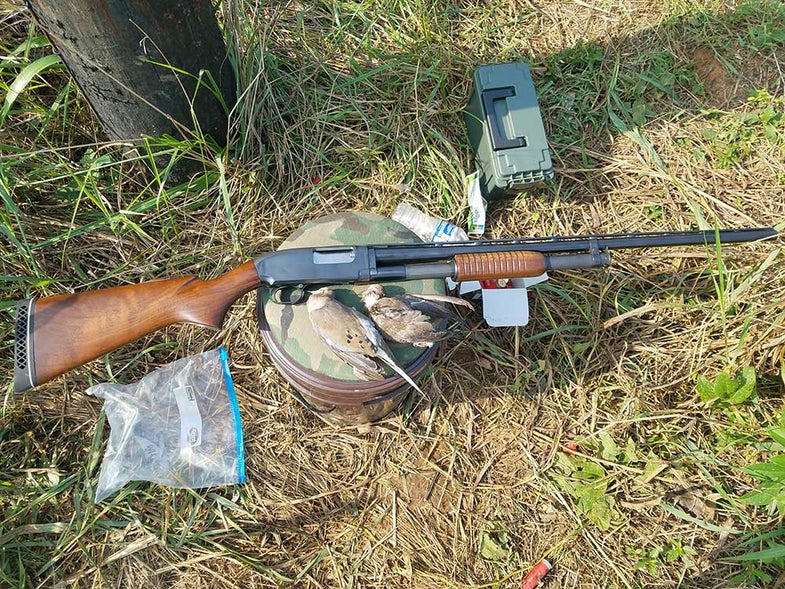 The owner recently had some success in the dove field with his Winchester Model 12. From Jordan
SHARE

With 2 million Winchester Model 12s made in just over 50 years from 1912 to 1963, there are a lot of them around, and many are still hunting, which is why they pop up on “Blast from the Past” so often. Today’s gun is a 16 gauge, and that’s fitting, because if the Model 12 really was “the Perfect Repeater,” the 16 may have been—pre-steel—the perfect shotshell. The 16 is best with 1 ounce to 1 1/4 ounces of shot, which is all anyone needs to shoot in the uplands, and was fine for decoy ducks, too, in the days of lead.

Good 16-gauge guns, like the Model 12, were built either on their own frame or on 20-gauge receivers, making them light and trim. Interestingly, 16-, 20- and 28-gauge Model 12s were all built on the same frame. The 16-gauge Model 12 was introduced in 1914, and, until at least 1927, the guns had short chambers before they were lengthened to 2 ¾ inches. If you come across an old Model 12, you can have the chamber lengthened and get it back into the field where it belongs.

My family is from the coal-mining country of western Kentucky. My granddad, his father, and almost everyone in family from that generation worked in the mines. This gun was given to my granddad’s cousin during a miner’s strike in the 1950s. After the strike was over, my granddad bought the gun from him. Best I can tell, it started life as a plain-barrel field gun and sometime later it was sent of Simmons for a vent rib.

What a beautiful swinging gun! It balances perfectly at the breakdown point. I took it on dove hunt this weekend. First dove in my sights dropped dead. The 28-inch barrel is just the ticket. Not many birds came in my range, but I managed two. I will never let this gun go. It will be an heirloom in my family.

Simmons Gun Repair in Olathe, Kansas, is the place for work on Model 12s, by the way. Keep the gun pictures coming to fsgunnuts@gmail.com.

Shotguns
Blasts From the Past
record fish
Shooting
Winchester