A military handgun salvaged from a WWII wreckage 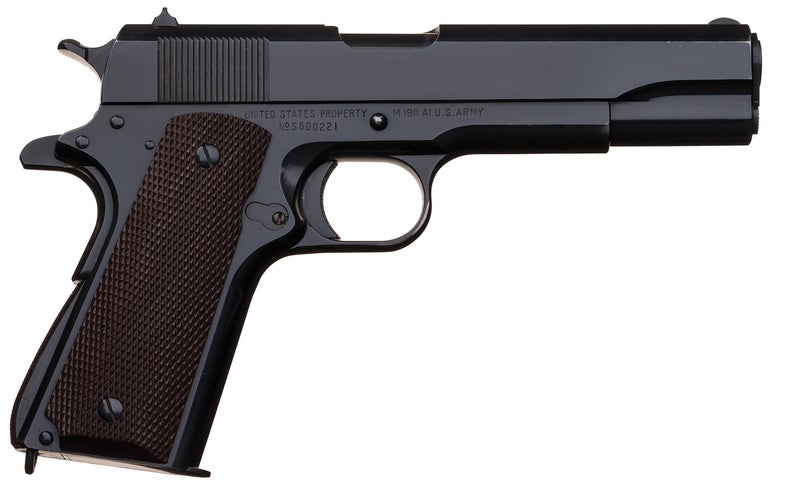 Here’s one last gem from the upcoming December sale at Rock Island Auction on December 1–3, 2017. The most prized of all collectible 1911 pistols are those made by Singer Manufacturing—the sewing machine people—during World War II. Only 500 were made, identifiable by their rich bluing and the “S. Mfg.” mark on the guns.

This particular 1911 is in the finest known condition of any of the remaining Singers. It retains 99 percent of its original finish, showing only slight wear marks, and its extra magazines are even still wrapped in the original waxed paper. It set a record price of $166,750 when it sold at the RIA for the first time in 2010.

Incredibly enough, this pristine pistol was recovered from the wreckage of a B-24 bomber in Iceland in 1943. The crash killed all but one person aboard. The tail gunner survived, escaping with minor injuries. Lt. Stephen Clark, tasked with recovering papers and bodies from the plane, flew a B-17 from England to Iceland and, evidently, found and kept the pistol. He passed it to his son in 1958, and it sold for the first time in 2010.

So, if you missed it the first time around, here’s your chance to grab it. Meanwhile, this space needs your guns, too. Send pictures and a short paragraph to fsgunnuts@gmail.com