Blasts From the Past: Winchester Model 12 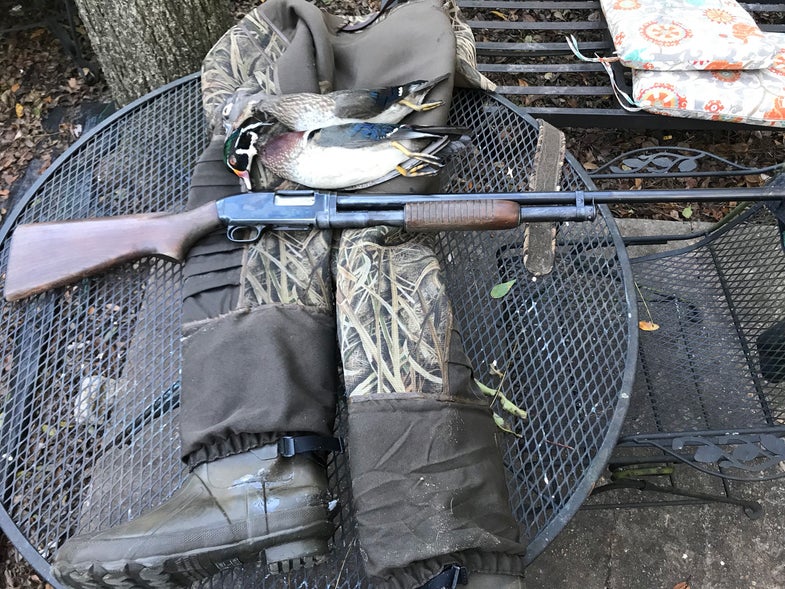 Having spotlighted Thomas Crossley Johnson’s worst gun—the Winchester 1911—earlier in the week, it’s only fair to make amends in Blasts From the Past by featuring his best work, the Winchester Model 12. Born in 1862, Johnson, like John Browning, came of age during the transition from black powder to smokeless, the beginning of the modern firearms era. Although nowhere near as prolific as Browning (and really, who was?) Johnson left us several outstanding guns.

Growing up as the son of the president of Yale Safe and Lock, Johnson must have been around gadgets his whole life. He became an engineer and worked for various gun companies before latching on to Winchester, for whom he invented the 1911 shotgun, the Model 12, the Model 3 semiauto rimfire, the Model 5 semiauto centerfire, the Models 52 and 54 bolt actions, and the Model 21 double gun.

Johnson started with the Browning-designed Winchester Model 97 pump and refined it until he was left with something slick, trim, and modern. His gun pointed beautifully, and the plain-barrel models are light in the muzzle and very quick to the target, which helped make these guns a favorite among quail hunters, although it also served in the trenches and on trapfields with great distinction. For many years, the Full-choke 30-inch-barrel Model 12 was the ultimate duck gun. In 1950, the 3-inch magnum Heavy Duck model, completed with steel magazine plug to add weight, came out.

Truth be told, in the days of lead shot, and even now that we shoot steel, a 2¾-inch gun like today’s Model 12 was equal to almost any waterfowling task.

Greetings from Florida, Phil! Pictured is my 2¾-inch plain-barreled Winchester Model 12. I picked her up for a song a while ago and kept finding it was the gun I shot best. So she gets pressed into service as my duck gun most of the time. Records show it was an early 1954 gun. I’d like to think the old girl is rather happy to go out and slog the swamp for a quick before-work hunt rather than sit quietly in a collector’s safe.

Thanks, Andrew, for sending this in. Please, all of you, keep the gun pictures coming to fsgunnuts@gmail.com.