Plastic tarps are generally ubiquitous among anglers and sportsmen, whether for covering a boat, woodpile, or rigged as a camping... 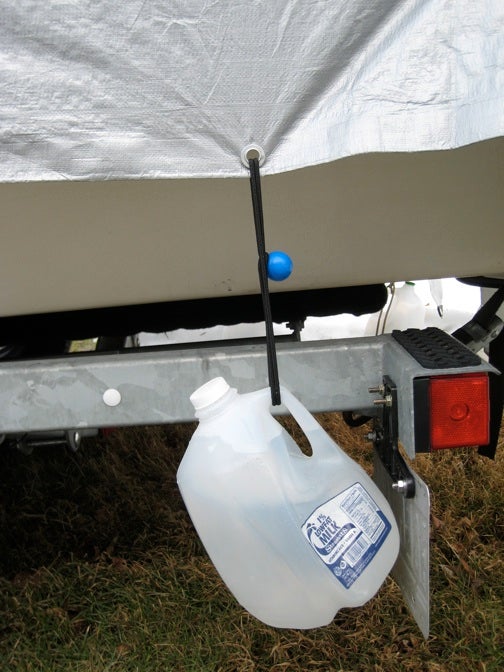 Plastic tarps are generally ubiquitous among anglers and sportsmen, whether for covering a boat, woodpile, or rigged as a camping shelter. Ever ingenious, I’m also sure those same sportsmen have figured out at least 1.2 million different ways of rigging or tying down a tarp.

The latest thing I’ve done is to use gallon milk jugs filled with water as weights to hold a tarp in place over my boat. Instead of tying off the tarp with cord or rope, I hung the heavy jugs off the tarp ties. The weights held the tarp nicely in place all winter with the added plus of being self-tightening. The jugs rose or dropped slightly under a snow load or when the wind was blowing but never gave way completely. The tarp was kept nicely taut under all conditions without my having to re-tie or adjust any ropes.

I know there are lots of other ways to do the same thing, and I’m sure you’ve got some tarp tricks of your own. Let’s hear ’em.