An odd, deepwater fish washed ashore near Nags Head, N.C., this past Monday and photos of its long profile and... 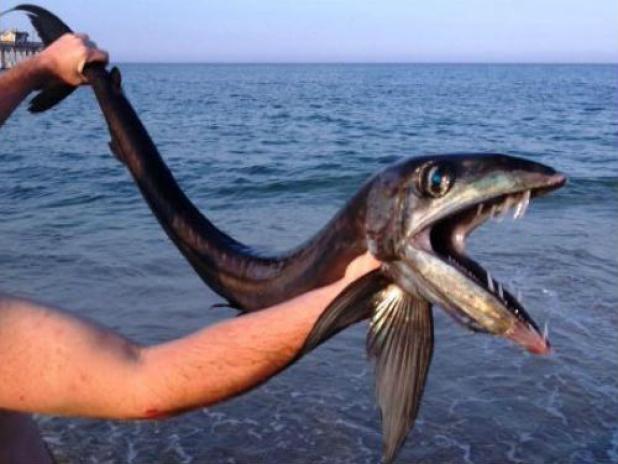 An odd, deepwater fish washed ashore near Nags Head, N.C., this past Monday and photos of its long profile and mean bite went viral.

Officials with Jennette’s Pier told CBS Affiliate WBTV the fish–believed to be a lancefish–was alive when beachgoer Leif Rasmussen found it. After taking a few photos, Rasmussen carried it back into the ocean as far as he could walk and released it.

However, officials believe the fish was sick because it washed ashore again sometime later.
Some media outlets have gone a little over the top with this story … Fox News described the specimen as a “scary fanged cannibal fish.” Biologists reportedly know little about the species aside from that they have no scales, can grow over 6 feet long, and have voracious appetites.