Angler Todd Black, from Baton Rouge, La., was fishing over Memorial weekend when he caught a new state record mangrove... 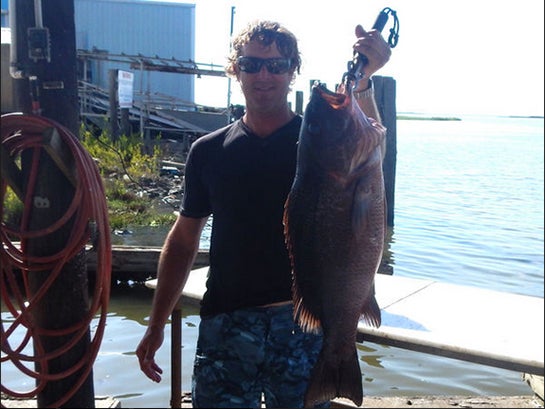 Angler Todd Black, from Baton Rouge, La., was fishing over Memorial weekend when he caught a new state record mangrove snapper, according to The Times-Picayune.

Black said he’s been fishing for snapper since he was a boy and almost never misses a weekend on the water. He had to work to find his 15.14-pound record fish, traveling nearly 200 miles round trip, plying beneath 55 different wells, platforms and rigs.

“I was looking specifically for mangroves,” he said. “I knew one rig where they were, but I was trying to find them at another place so I didn’t keep pounding them at the same rig.”

What Black didn’t know was that the former Louisiana state record was only 14.36 pounds, a mark he likely beat several times over in years prior.

“None of that stuff even dawned on me. My ex-wife four years ago caught a 15-pound, 4-ounce mangrove. I’ve never really paid attention to records,” he said.

He’s since looked up the mangrove snapper world record, a 17-pound fish caught off Port Canaveral, Fla., in 1992. He said that is his new goal.

“I had thought the state record was 16 pounds, to be honest with you,” he said. “Without a doubt, I think I had a fish on that could have beaten the world record.”