Steven Rinella Op-Ed in the NYT: The Problem with Protecting Grizzly Bears

Grizzly bear numbers in the Greater Yellowstone Ecosystem have recovered and the bears could be removed from the endangered species... 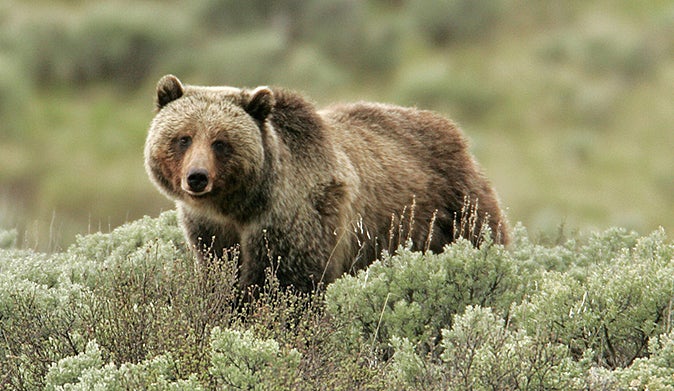 Grizzly bear numbers in the Greater Yellowstone Ecosystem have recovered and the bears could be removed from the endangered species list as early as this year, but there’s a hitch: some opponents don’t like the idea of potential grizzly hunts.

When the federal government delists an animal, the states hosting that animal take over the management of it, and those states can propose hunts. It’s happened with wolves and now it’s on the table for grizzlies. That’s the grind for those who don’t want to see grizzly seasons regardless of how high bear numbers climb.

But according to Steven Rinella, host of The MeatEater and F&S contributor, delisting grizzlies is about much more than wanting to open a season for them.

“My belief that the bears should be taken off the threatened species list has to do with the integrity of the Endangered Species Act,” Rinella says in his recent op-ed for The New York Times. “Blocking delisting of charismatic, Instagram-worthy megafauna like bears and wolves undermines the credibility of the act while costing taxpayers millions and diverting resources away from genuinely imperiled, if less photogenic, species.”

A 40-year recovery effort boosted the slow-to-produce grizzly from barely 100 bears in 1975 to more than 700 today in the Greater Yellowstone Ecosystem, which includes parts of Idaho, Montana and Wyoming.

“It’s a recovered population now and should be delisted,” says Bryan Aber, retired Idaho Department of Fish and Game wildlife biologist who monitored grizzlies before retiring. “That’s a good feeling to be part of that.”

Like Aber, many biologists in the GYE assist the feds with their grizzly monitoring program so they already know what they’re doing. They also know there’s a minimum population to maintain and falling below minimum puts the bear back on the list, an expensive reversal the states don’t want.

“Wildlife agencies in those states are already managing large mammals,” Rinella says. “It’s wrongheaded to suggest that they are like teenagers, waiting to rebel once their parents leave town.”

This isn’t the grizzly’s first go around with leaving federal protection in the Greater Yellowstone Ecosystem. Grizzly bears were briefly delisted in 2007, but quickly went back on the Threatened and Endangered Species List in 2009 due to food source concerns. No hunt happened during that time.

“If a grizzly hunt is too painful for some to endure, consider what will happen if the delisting of grizzlies is blocked by lawsuits,” Rinella concludes. “The credibility of the Endangered Species Act will continue to erode. There is a limit to political and public tolerance for sacrifice on behalf of wildlife. It should not be wasted on those species that have recovered, especially when we’ve got so many more waiting in line.”