Study: A Fish May Get You More Swipe Rights on Tinder

A new study finds that landing a fish might also help you land a date—or, at least, that fish aren’t... 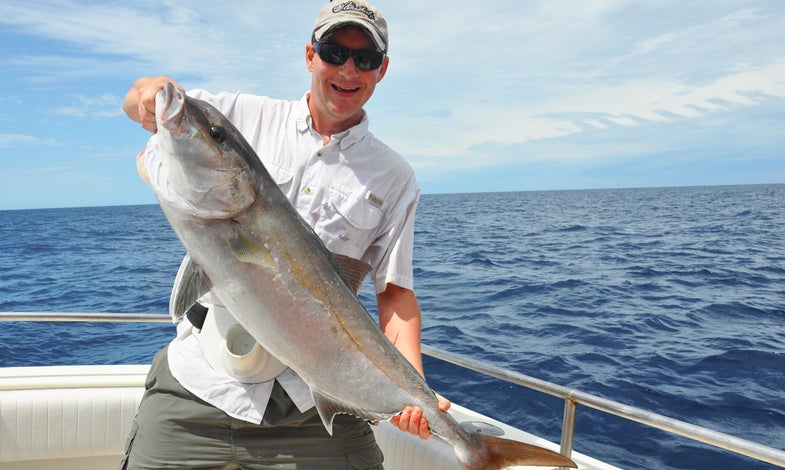 A new study finds that landing a fish might also help you land a date—or, at least, that fish aren’t a total turn off. Fishbrain, an angling info and social-media app, studied photos uploaded to the social-media dating app Tinder by Florida men, ages 18 to 35, and determined that 22 percent appeared alongside a fish in their profile picture. Fishbrain then took their research a step further and surveyed more than 1,000 sorority coeds about whether a fish in a Tinder profile picture makes a man seem more attractive.

Well, unfortunately for anglers, 54 percent of the sorority sisters indicated that they prefer men without a fish in hand. That means, however, that roughly 460 of the women—still a substantial number, especially if you haven’t had a date in a while—did indeed find men with fish more attractive than those without. Fishbrain also concludes that the sorority sisters considered great northern tilefish the “hottest catch,” followed by sailfish. Carp, however, scored male anglers the fewest points, earning less than 1 percent of the female vote.

The study was restricted only to saltwater species, and, obviously, surveying a bunch of sorority sisters doesn’t yield a representative sample of all womankind. Also, Fishbrain is still running the survey, which you can take here and skew the data however you please.

Anyway, the study also includes the percentage of men who appear alongside fish in their Tinder profile pictures in four major American cities.

And here’s the full breakdown of the “hottest catch” preferences: