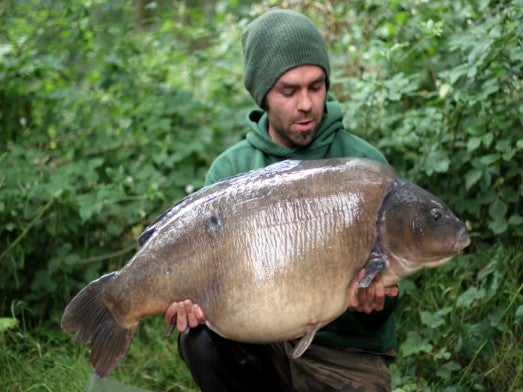 From this story on UPI.com:
British fishing enthusiasts are mourning the death of a 52-pound leather carp that was caught and set free an estimated 1,000 times during its lifetime. _The fish, dubbed Heather the Leather by the angling community, was found dead by workers at the Yateley, England, pond and is believed to have died of old age at an estimated 40 years, The Sun reported Monday.

“This is a sad day for carp fishermen up and down the country. Heather was a legend, it just won’t be the same without her,” carp fishing expert Dave McQuilkin said. Fans of the fallen fish said they are planning to install a headstone for Heather at the pond. “Heather was far and away the most famous fish in Britain. She was the Dame Judi Dench of the fish world,” said Ben Weir of Angler’s Mail magazine._