Can You Feel a Difference Between Casting 2- and 4-Piece Rods?

I recently received a really good question: “Dear Kirk, I read your review about Retro Fly Rods. I have a... 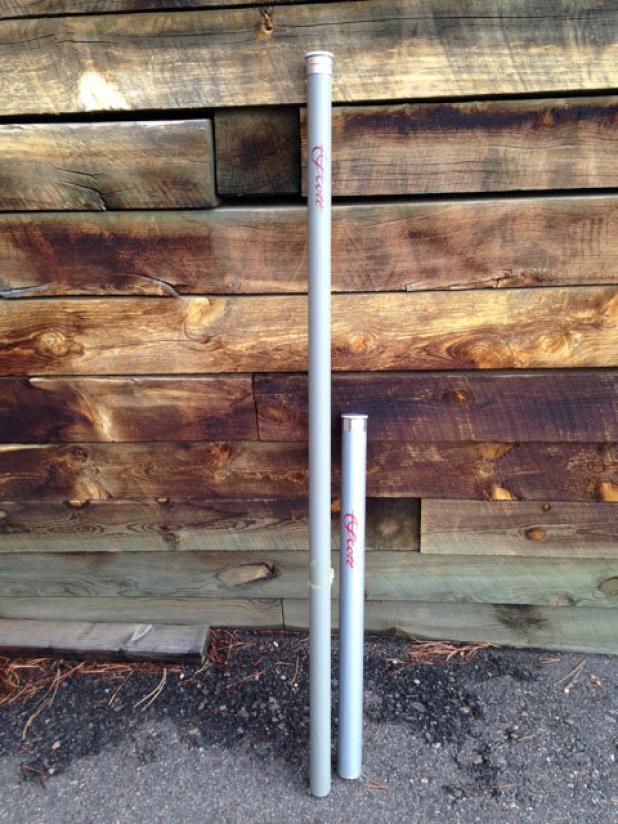 “Dear Kirk, I read your review about Retro Fly Rods. I have a Loomis GLX Classic 2pc 9″#6, which I really like. I have got an option to buy another GLX Classic–same model, but 4pc. Will it feel&perform the same way? thanks for your help!”

I can remember how the two-piece rod was the norm when I got into fly fishing. My first few rods were all two-piecers, and they remain among my favorites. But that was during a time when people tended to focus more on the home river, and they didn’t road trip to fish as much as many anglers do now.

Eventually, manufacturers were able to refine tapers and ferrules in ways that didn’t really compromise on the casting/performance aspects of the rods. Given the convenience of the four-piece size — how easy they are to pack and travel with, stash in a car trunk, or stuff in a backpack — four-piecers are now the norm, and the two-piece rods (even some one-piece models introduced lately) have become the “novelties.”

That said, I can feel a slight difference in the action when casting two-piecers and four-piecers side-by-side. Then again, for whatever reason, sometimes I can cast two versions of the same two- or four-piece model, and (at least in my mind) they can feel subtly different.

There are a lot of factors that affect how a rod loads and feels when you cast it, perhaps most notably the fly line you’re using. The length of the shooting head, the taper, and the general condition of the line all matter, but the line is the fuel in the engine. You’re bound to feel pings and knocks when using bad line/bad fuel. A great, slick line can give an old fly rod new life.

To specifically answer this question, I would say that the Loomis GLX was one of the rod models that actually paved the way for the four-piece renaissance. They didn’t make two-piecers obsolete, but they cast so pure and offered such clear convenience advantages that the decision to jump to four-piece models made good sense. I would say that Scott’s G Series rods did the same thing, as did the Sage RPL and a handful of others. So four pieces versus two pieces in any of these models isn’t really a deal-breaker. It may be different, but not enough to shy away from either version.

As with any rod decision, it all comes down to personal choice. What flips my switch may or may not flip yours. Yes, in my opinion, there are rods that I absolutely think make casting — and fishing — better, no matter your skill level. But I think it ultimately comes down to what you feel and think when you cast yourself.

I have plenty of friends who believe the two-piece action is still superior and cannot be duplicated. It isn’t so much that they don’t want to pay a few extra bucks for a four-piece model; they really swear by the feel of the two-piecer.

I think that all those other factors like the line, the weight of the fly, the weather conditions, and most importantly, your casting stroke (mine can vary from the ridiculous to the sublime) ultimately have more of an impact on the loops you toss than the number of ferrule connections. And because the graphites and resins used in rods today have made the differences so nominal, the new rods I buy these days are all four-piecers. In a “retro” context, I think most of the rod models built by most of the major brands after, say, 1990 offer a pretty good apples-to-apples comparison between two and four pieces.

Curious about your thoughts on the matter…