Does This Look Like a Fishing Pond to You?

Staunton State Park is the new crown jewel in the Colorado Parks & Wildlife system. Less than an hour’s drive... 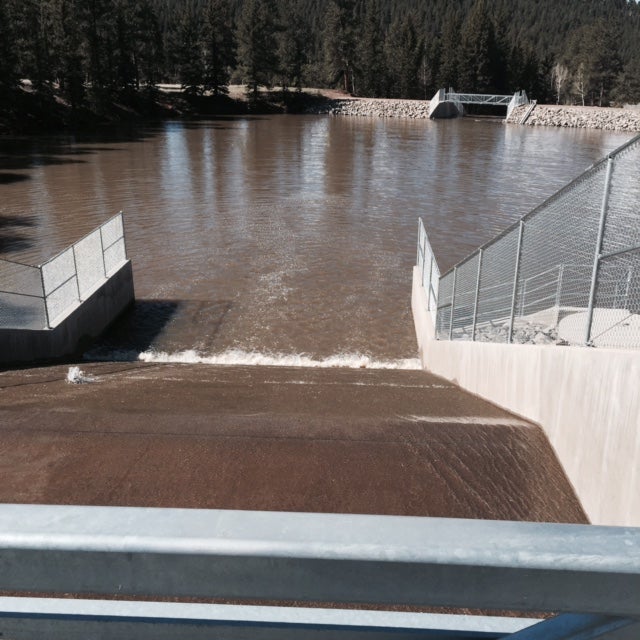 Staunton State Park is the new crown jewel in the Colorado Parks & Wildlife system. Less than an hour’s drive from Denver, it features great hiking and biking trails, climbing rocks, and fishing ponds. Only the fishing ponds (Davis ponds) don’t look like fishing ponds (at least not the way they used to look when they were part of the original ranch land, which was gifted to the state to make the park in the first place).

The Davis ponds at Staunton State Park look like a sewage treatment plant.

I see this over and over in many places. Designers go out of their way to make pretty trails for hiking and biking that blend perfectly with the natural landscape (which is what happened at Staunton). But when it comes to water, it’s almost a contest to see how much over-engineering and money can be dumped into making a monumental project. That is, after all, the story of water in the West: move it, store it, make it useful. I get that. But it would be nice if someone decided to care about how these things look and function from a recreational perspective as well. Now the Park promises to make this even better, with a “pier,” a picnic shelter, and a vault toilet!

I’m not a scenery snob. I’ll fish anywhere. Below dams, on golf courses, in the dirty downtowns, and wherever I can find fish. I love chasing carp in the LA River, for example. But the scenery matters too. That’s part of why we fish in the first place, isn’t it?

It’s a shame to me when you do have something scenic to work with, and you wreck it. At Staunton, we had some cool old ranch ponds that held nice trout. Now, without doubt, we have a much more efficient and effective water management system. The thing looks like it can handle the South Platte. Funny though … while the creeks here are running higher than I have seen in years, it’s barely spilling over this dam. What we really have is an eyesore and scar on the ranch and Park. And, a symbol of how disconnected planners and designers can be from the values of fishing.

Does this look like the place you want to introduce your kids to fishing?