Meet Jerry Siem, chief rod designer for Sage. Jerry has one of the few jobs in fly fishing I would … Continued 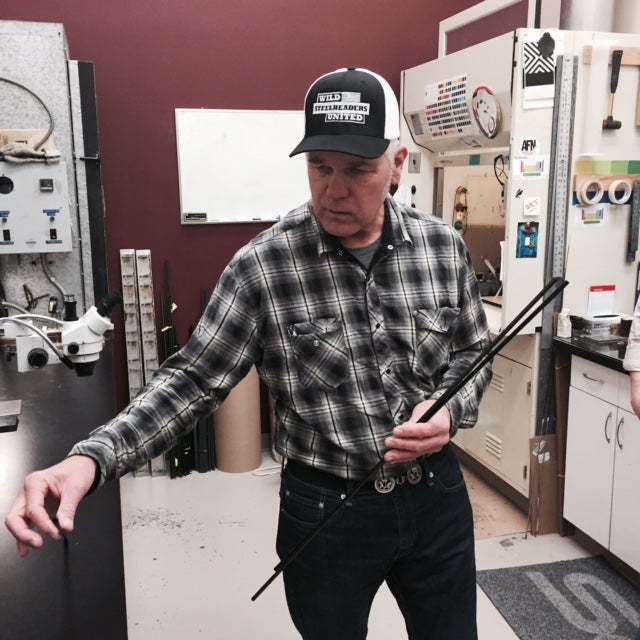 Meet Jerry Siem, chief rod designer for Sage. Jerry has one of the few jobs in fly fishing I would trade my own for… but the world would be sorely disappointed because I have nowhere near the technical insight when it comes to fly rod design that Jerry does. Then again, not many people do. Jerry is one of the best casters on the planet, and he’s been pushing the envelope for the world’s largest fly rod manufacturer for years.

Yesterday, on a tour of the Sage factory, my friend Louis Cahill of Gink & Gasoline asked Jerry a great question (and I paraphrase): “What attribute are you looking most to capture when you design a fly rod?”

Jerry’s answer: “I want you to be able to fish all day, and at the end, not feel as if you have been casting a rod at all.”

Some of the onus for that, of course is on the angler. How do you get the most out of your casts, and the rod you use? According to Jerry, anglers often spend too much time trying to match the rods they use to the species they chase, when in fact, they should be matching rods to the flies they use. For example, you think, I’m going to go chase rainbow trout so I’m going to use a #5 weight. Which may be the perfect call (roughly half of the rods Sage sells in total are 9-foot #5-weights). But if you are going to throw 2-inch streamers all day, don’t do that with a #5-weight. Use a #7-weight. You’ll beat yourself up less, and you will cast better… maybe even avoid breaking the rod by banging the tip with the big fly.”

That cuts the other way as well. Sage CEO Travis Campbell told me he’s gravitated to fishing a #10-weight for tarpon in the Keys. Not because the tarpon got any smaller, rather, he’s using smaller flies and making more delicate presentations. When you hook a fish like that, you want to be applying pressure through the line and fight with the rod butt at a low angle. Doesn’t matter if you use a #10 or a #12.