My Favorite Yogi-ism for Fly Fishing

The world has lost the great Yogi Berra—Yankee icon, three-time American League MVP, 10-time World Series champion. And though he... 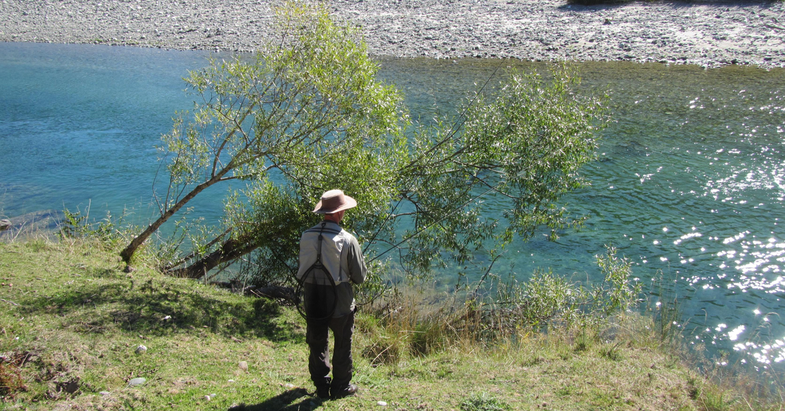 The world has lost the great Yogi Berra—Yankee icon, three-time American League MVP, 10-time World Series champion. And though he will no doubt be remembered as one of the greatest baseball players of all time, he’ll also be remembered for his memorable quotes. Yogi said things that caused people to scratch their heads, perhaps even wonder how many times Number 8 took a foul ball off the noggin. But the more one thinks about the quotes (which is what they caused you to do—a mental double-take) the more they sink in for their, well, profundity isn’t the right word, but hopefully you get where I’m going. They’re Yogi-isms:

“Nobody goes there anymore because it’s too crowded.”

I think about some of the fishing guides I know, and feel like Yogi would have been great at that job, too. Because the art of guiding is explaining things in ways that are beyond simple, so the lessons sink in right away. I’ve always remembered one Yogi-ism in particular when it comes to fishing. It’s a lesson I cannot emphasize enough, and probably the best piece of advice (if not the most eloquent) an angler can ever hear: “You can observe a lot by watching.”

In the fly-fishing context, what that means is that if you just take several minutes and watch the water, before you cast, so many of the other riddles of fly fishing—where to cast, how far, how deep, what fly to use, what color, what size, what drift, etc.—answer themselves. And it’s sad how people will spend hours and hours perfecting a cast, or studying up on insects and hatches, only to render it all totally worthless by bulling through a run without watching what’s going on first.