This late in the season, it’s always special to catch fish on dry flies. I am finding more and more,... 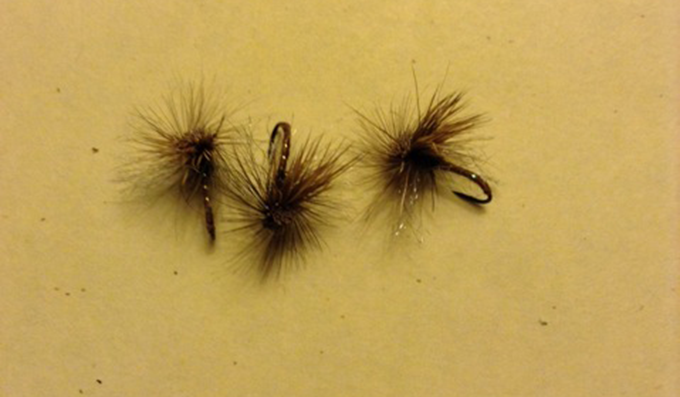 This late in the season, it’s always special to catch fish on dry flies. I am finding more and more, with every passing year, that the first dry fly I use and the last are often the same pattern: Mike Mercer‘s “Missing Link.”

Originally called the “Missing Link Caddis” (it was intended to look like a spent adult caddis), Mercer dropped the caddis from the name, because this is a good crossover bug–it can be fished as a midge cluster (which is why it works well early and late in the season), a spent mayfly, even an attractor.

But I think it shines best as a caddis pattern, and it need not be dead-drifted for effect. You can skate this one, though it does assume even more character as a cripple. You can fish this one in the riffles, as you would a standard elk hair caddis, or a Puterbaugh foam caddis (my other favorite), but this pattern will slay trout in calm slicks as well.

The secret to the bug’s appeal is that it includes all those seemingly irresistible trout-magnet ingredients, like flash-a-bou, Z Yarn, Ice Dub, and even standard elk hair. With all that going on, it sort of looks like a jumbled hot mess at first glance. But upon closer review, it displays some very natural characteristics. In fact, in my opinion this is the most “natural attractor” pattern you can fish, at least on the surface.

If you’re thinking of restocking the fly box over the winter, this is a good foundation to build from. And if you’re hoping to get in some shots at late season risers, this bug is a pretty solid choice as leadoff hitter.