The Golden Rule of Choosing the Right Fly

You’ve picked your fly, read the river, and figured out exactly where to drop that fly. You then make a... 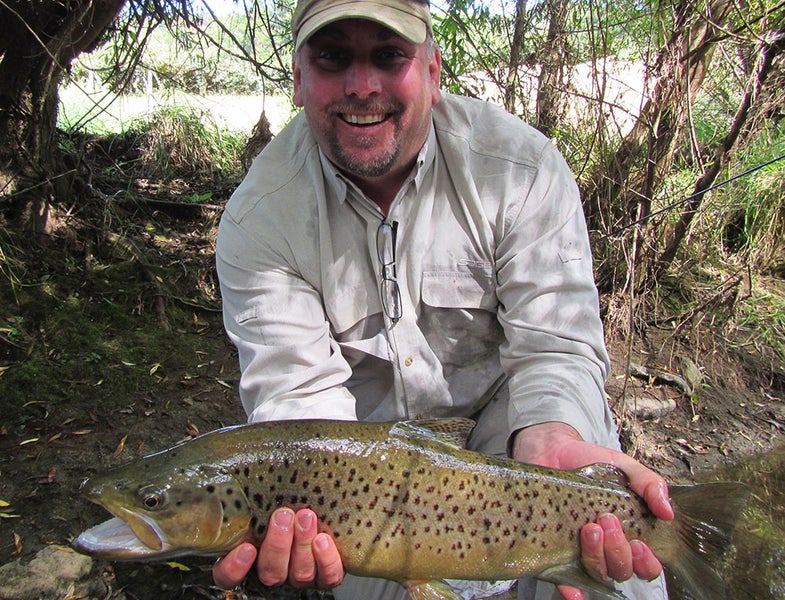 Follow the will of the trout, and don't try to impose your will on them.. Kirk Deeter
SHARE

You’ve picked your fly, read the river, and figured out exactly where to drop that fly. You then make a cast to the spot you’ve chosen, but here’s the kicker: You might be only halfway there, because presentation is half of the entire game. How your fly looks to trout in the few seconds after it hits the water is as important, if not more important, than all the things you did to choose the pattern, figure out where to put it, and then get it there. At the end of the day, fly fishing is all about presentation. So remember this golden rule: You will never beat a large, wise trout into submission.

Say, while using a dry fly, emerger, or streamer, you whiff your first cast, so a second is warranted. But if you flog the water in the same spot, presumably at the same fish, with the same fly, over and over, your odds decrease—not increase—exponentially with every cast. That’s counter-intuitive for most of us who follow the old adage, “If at first you don’t succeed, try and try again.” But in fly fishing, it’s better to remember what Einstein said: “The definition of insanity is doing the same thing, over and over again, but expecting different results.”

If American anglers have an Achilles heel, it’s that we just cannot seem to process that fact. Too often, we’re saying, “I’ve picked my bug, I’m doing everything right, and I’m going to make it happen, dammit, no matter what!”

But we can learn from our angling brethren in the South Island of New Zealand, where the program goes more like this: You see a fish and make a cast with a fly you think it will eat. The fly lands, and you know the fish saw that fly. But the fish doesn’t eat that fly, so you stop right there after one cast, and you switch fly patterns and wait several minutes. Then you show the fish Plan B. No luck? Wait, switch, and show it Plan C. And so on and so forth, until you either a.) spook the fish off the run, or b.) coax a take. Understand that any trout, anywhere, is already wise to your first bug, if it doesn’t eat it, after the first well-placed cast.

Now, nymph fishing is a bit different, since a trout wallowing low in the run is picking off food in many forms. It will inhale and either swallow, or quickly eject, pretty much anything that hits it in the face. Thus, when nymphing, you can indeed force a bite and hook that fish, provided you are quick on your reaction to the take. But in the more “pure” forms of flyfishing, wherein you’re hoping to force a fish to actually make a decision to move and eat a fly—which is what dry-fly fishing and streamer fishing are all about—you need to check your ego at the door, and be prepared to switch patterns. Follow the will of the trout, and don’t try to impose your will on them. Learn how to do that, and you’ll be operating on an entirely more effective, more honest, and more rewarding level of fly fishing.