Most of the best streamer flies for catching trout were actually born on smallmouth waters. The Clouser minnow, for example,... 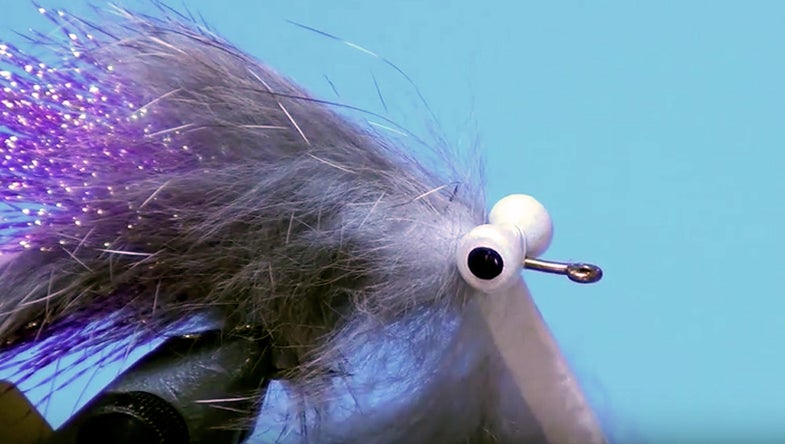 Most of the best streamer flies for catching trout were actually born on smallmouth waters. The Clouser minnow, for example, is one of my favorite patterns, and though it may have had its genesis on the smallie-rich stretches of Pennsylvania’s Susquehanna River, that bug has sore-lipped more trout and ocean fish than most other streamer patterns combined.

I have a new favorite now called the Wildcat, created by Chad Miller, owner of Wildcat Creek Outfitters, in Indiana. This fly was also created as a smallmouth pattern for Indiana creeks and rivers, but it quickly proved valuable in catching everything else from trout and salmon to bonefish on the flats and golden dorado in the jungle.

The key ingredients are pretty common—a strip of rabbit fur, a Krystal Flash skirt, and a dumbbell eye. But there are certain subtleties that really make this pattern one of the best-engineered streamers I’ve ever seen. For example, I like that the eye is moved a bit back in the fly and that the tail is a tad shorter (this is reinforced by my belief that big fish want to eat the whole fly, and it solves the short-strike issue without a stinger hook). The belly, you’ll also notice, is vertical to the hook, and the flash isn’t overcooked. This gives more natural hues and hints in the fly, and increases its versatility as a minnow representation, much like a classic black nose dace, but with undulation. The fly was originally tied on a large gap Tiemco TMC 8089 size #10 hook, which is a good size to avoid having a fly like this fully inhaled, yet it’s strong enough to turn steelhead in moving currents without bending.

So much thinking around streamers these days is about being as big and gaudy as possible, with wild colors and big profiles, and throwing bubbles and vibrations as you work them. It’s like hitting a trout in the head with something that looks like Elton John and shouts like James Brown. I get that. But at the end of the day, there is never anything wrong—you can never be penalized—for a fly that looks natural. Same with baits. That’s why the Sebile Magic Swimmer was such the rage a few years ago.

For my money, if I had to choose one go-anywhere, catch-anything streamer for my fly box, this would be it. You can swing it, or twitch it, or rip it off the banks, and it will appeal to trout in ways that match the environments in which they are feeding. In other words, when this fly doesn’t work, it isn’t the fly, it’s the angler. I like honest patterns like that.