A few weeks ago, I shared with you this picture and asked you to explain which color fly line you’d... 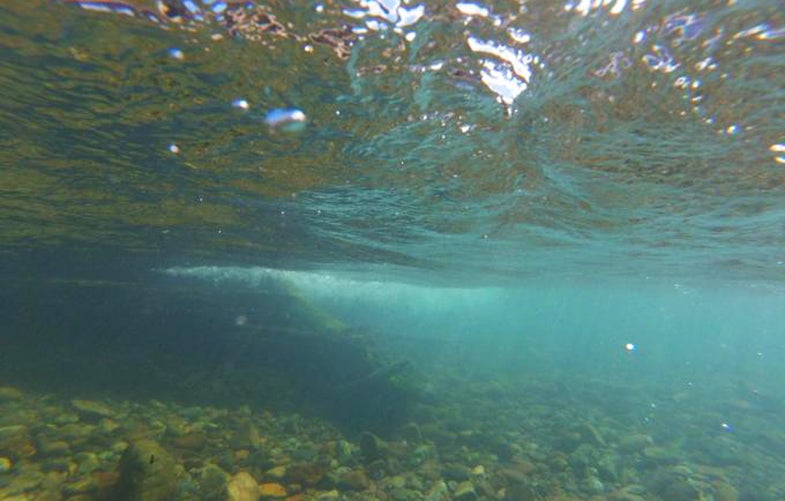 A few weeks ago, I shared with you this picture and asked you to explain which color fly line you’d cast with and why. And I said that I’d give an $85 fly line to the person who did that best. Well, I’m giving out two fly lines. But not because two people nailed it, but because most of your answers sucked, and I have a guilty conscience that compels me to reward mediocrity. Sure, that’s kind of harsh. I’m sorry. But nobody truly dialed into my thinking on choosing fly-line colors.

Folks, I’ve done this stuff all over the world, and I’ve heard all the theories. For years and years, I subscribed, like some of you do, to the notion that all that matters in regards to fly line is what the angler sees. If a bright line (orange or yellow, for example) helps you form a tight loop as you cast, and helps you mend and control that line, that’s more than half the battle. And that’s all fair.

But then I went to New Zealand a year ago, and I realized that fish can actually sense color flashes (artificial colors)—which I’d always thought was pure hokum—as you make false casts. So I am now a firm believer that the onus is on the angler to see the loops and the mends and all that, and that if you show trout something that at least looks somewhat natural, it’ll be only in your favor.

So look at the above photo. White works. Sky blue works. Most of all, a drab green works. Orange doesn’t fit.

You’re spot on to think that a good cast will only show a trout a clear leader and not the fly line itself. But that doesn’t factor in false casts. Point being: On flat water, the fly line must be completely muted and either gray, green, or blue. And in lumpy water, such as in the photo, color matters far less, but a greenish-blueish-gray line will never serve you wrong. Because, as we fish most rivers, we fish all kinds of water—flat, roily, and riffled. Gray-green is the number. If I showed you my trout reels, all you’d see would be grays, and greens, and a few tans or sky-blues mixed in there. ​

And so, with all due respect to altazoro07, whose answer was witty, the first fly line goes to plecoptera, who wrote:

An object inside a trout’s window will look very different outside its window, including its color. Assuming you are using a floating line and doing your job by keeping your line away from the window, why take the risk of using a line that stands out sharply from the prevailing color scheme of the river bottom, which is what the fish sees reflected in the surface outside the window? In this case, olive or green would do the trick. A second reason not to use a bright colored line: they’re ugly.

And the second line, which I’ll make a sink-tip streamer line, just to be a wise guy, will go to Rhythm Rider, who wrote, “Scientifically speaking, I’d go with Bronco’s Orange. The most dominant color available in a fly line, and the best defense against fly-line color is long enough leader for the right situation.”

The honest truth is that I took this photo on Super Bowl Sunday. I’m from the Denver area. I spent that entire day fishing a royal blue and orange foam beetle pattern. I caught many fish, then went to watch the game (Spanish broadcast), and I am still, to this day, fully convinced that my productive “Von Miller” bug is the reason the Denver Broncos won the Super Bowl.