We shotgun writers like to say of long, heavy-barreled guns: “they are slow to start, but once you get them... 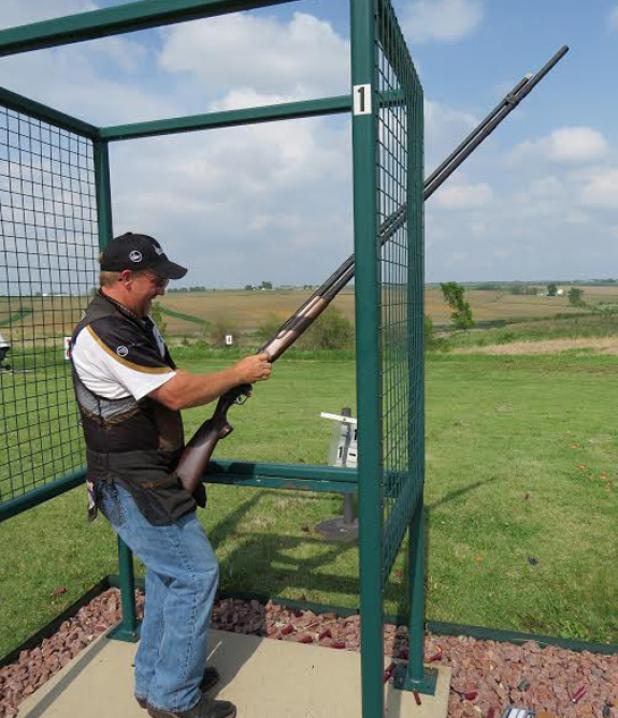 We shotgun writers like to say of long, heavy-barreled guns: “they are slow to start, but once you get them moving they don’t stop.” Yesterday at Pheasants Forever’s annual shotgun roundup, I got to test that theory in its most extreme form. The guys from CZ-USA brought a trailer full of guns, among them the Longest Shotgun in the World (maybe it is, I don’t know for sure) belonging to CZ’s Dave Miller.

The gun is a regular CZ 512 gas semiauto. The barrel is a Hastings Metro Barrel, of which I have written before. It’s more or less a suppressor but not so classified by the ATF. It’s 30 inches long, made of very light, ported steel, and it will turn the report of a subsonic shotgun shell into a sound about like the crack of a .22 LR. It does a good job of muffling regular loads, too.

Below the Metro barrel are four (4!) Nordic extended magazines. All told, the gun holds 28 shells. Dave asked if I would like to shoot it. Duh. Of course I would. He thumbed shells into the magazine for a while and handed me the gun.

“How many did you put in there?” I asked.

When I took the gun from him I thought I was going to tip over in the cage. The Metro Barrel is light but the Mag extensions weigh a ton, then there’s the 2 ½ pound weight of a box of shells. We were on a 5-stand course, and the trapper started throwing random targets. A lot of the high birds hung up in the wind where they were easy to get on and break despite the weight of the gun.Surprisingly, I hit most of the crossers and even a couple of rabbits, too. All I had to do on a crossing target or a rabbit was push the gun in the direction of the clay and pull the trigger. Inertia did the rest. I kept expecting the gun to feel lighter as it ran low on ammunition but it never did. It just ran out of shells without warning after I had pulled the trigger 25 times or so.

So, based on my observations, yes, once you get a long, heavy gun moving in the right direction hitting a target is pretty easy. This was not a gun I would carry in a grouse cover, or anywhere near a storm cloud, for that matter.