When I asked for reader questions for “The Gun Nuts” a while back, several of you wanted to know my... 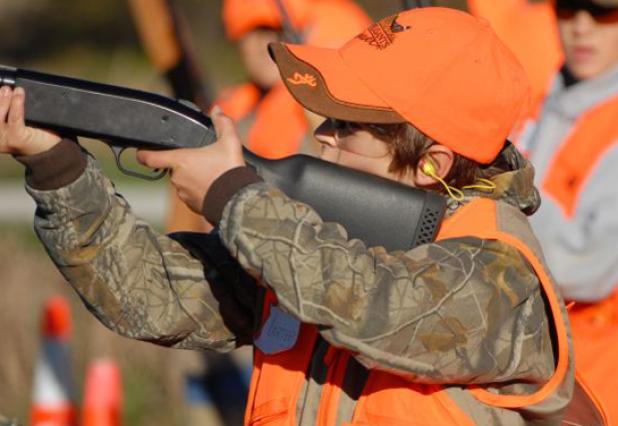 When I asked for reader questions for “The Gun Nuts” a while back, several of you wanted to know my opinion on guns for kids. A lot of people start their children quite young, but I started my older son and one of his classmates hunting and shooting when they were 12, my younger son when he was 11, so I can’t speak to guns for very young kids. Somewhere I read that you shouldn’t start a kid with a shotgun until he or she weighs 85 pounds, which is a pretty decent rule of thumb. At that age they are big and strong enough to shoot a 20 gauge gun.

I bought a pair of 20 gauge Youth model 1100s, with short stocks, 21-inch barrels and 2 ¾-inch chambers for starting my older son and his friend Nathan. 1100s are quite heavy but we planned to shoot a lot of clays and to start with ducks, which don’t require carrying guns during the hunt. The 1100s were great for what I wanted. The weight and gas system meant they didn’t kick at all, and we would usually shoot a couple of boxes of shells at each practice session so low recoil was important to building good shooting habits.

The youth 11-87 with its 3-inch capability didn’t exist back then, or I’d have bought those instead. If I had more money, I’d have sprung for Beretta 391s or Browning Silvers in 20. They are lighter, but not too light, and can go a much longer time between cleanings than any 1100 or 11-87.

A lot of kids start with youth 870s and Model 500 Bantam pumps, and while those are good guns, they kick surprisingly hard with a standard 7/8 ounce target load. If you don’t believe me, try shooting one on your off-side shoulder so you see what it feels like to someone who isn’t used to bracing for recoil.

The real secret to starting kids isn’t so much about guns, but ammo. With the right shells any 20 gauge recoils very little. Fiocchi’s ¾ ounce, 1075 fps Trainer load and Winchester’s 7/8 ounce, 980 fps, subsonic Feathers are the shells I bring with me when I teach youth clinics, as I get to do a couple of times a year. They are well worth the extra price you pay for them because new shooters who aren’t getting kicked have more fun and hit more targets. Of course, if you reload, you can put together a bunch of ¾ ounce loads (I load ¾ ounces in 12s for teaching new shooters) at low velocity and save money.

My younger son practiced for his first turkey hunt with very light 20 gauge loads and never fired a 3-inch, 1 ¼ ounce magnum until the morning he killed a turkey with one. He shot his youth season whitetails with a 20 gauge H&R Ultra Slug Hunter and Remington’s Managed Recoil Buckhammer slugs.