The Elusive Blue Trout of Pennsylvania

Genetically modified Palamino or Golden trout have always been a prized catch in the areas I grew up fishing in... 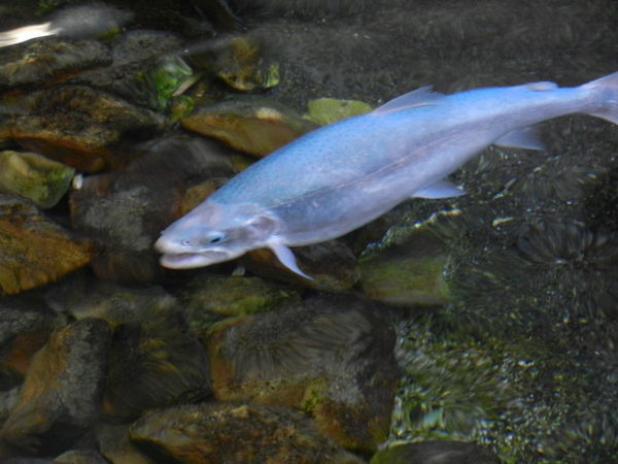 Genetically modified Palamino or Golden trout have always been a prized catch in the areas I grew up fishing in Jersey and Pennsylvania. But to be completely honest with you, they never did much for me. I never found them pretty and they weren’t something I was dying to catch, though I have many comical memories of watching swarms of crazed anglers bombing a poor Palamino in a hole with every kind of bait and lure in their vests. I think the fact that the fish stick out like sore thumbs in most waters contributed to the loss of luster in my mind. However, if you dig hooking those orangey-white slobs, I’ve got a new quest for you: the elusive Pennsylvania blue trout.

According to the story on PennLive.com, the blue mutation is extremely rare, and can occur in brown and rainbow trout, though it’s most common in bows. A Penn State geneticist interviewed in the article claims it’s the result of a hormone deficiency from a thyroid mutation. Blue trout are said to be weaker than fish with normal thyroids, and therefore most are eaten or die as fry in the high-density hatchery raceways. If you see one the size of the fish in the photo, it is most likely in a hatchery tank, and had been separated from the rest at an early age. However…

Tom Cochran, fish production manager for the Pennsylvania Fish and Boat Commission, said hatchery workers continue to try to pull the blue trout out of the general population, but in extremely rare instances anglers may encounter one in the wild because “a few sneak through the cracks, get out there and get stocked.”