I’m sure many of you have caught a bass around the spawn with a tail that was pretty worn out... 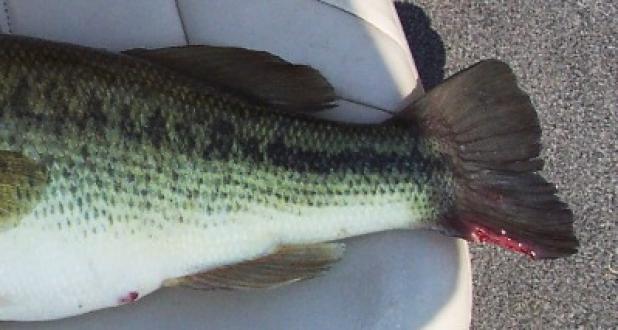 I’m sure many of you have caught a bass around the spawn with a tail that was pretty worn out from fanning the nesting area. By early fall, however, those gnarly tails regenerate, and that’s a pretty amazing phenomenon as far as I’m concerned. It kind of makes you wonder why if fish can do it, why can’t we regenerate new toes if they get run over by the lawn mower? I recently called my friend Jim Burris from Duke Medical Center to ask a few of these questions, and the answers I got were pretty amazing. Thanks to studies of fish regeneration abilities, people in the future may, in fact, be able to regrow toes that collided with a John Deere.

What Jim basically said is that most fish have the ability to regenerate lost tissue as long as they don’t have any complications from infections and there are optimal environmental conditions. In the case of a bass, the bed fanning process causes the fish to wear a portion of their tail fin away, and usually within four to six weeks the tail is back to normal. And when I say normal, I mean an exact replica of the original including bony growth, blood vessels, nerves and even the exact skin pigmentation. It’s a pretty fascinating process. Even more interesting is that regardless if 40% or just 20% of the tissue is lost, the regeneration time is the same. And furthermore, Jim explained that fish also regenerate new mouth tissue around hook wounds.

Our conversation then lead to some really interesting ongoing studies Jim is a part of. It’s likely that some of you knew that other animals like salamanders can regenerate entire limbs, but did you know that humans have limited capacity to regenerate tissue? This is most evident in a human’s ability to regenerate blood or liver tissue, but young children can even regenerate fingertips. So where is the line drawn between our abilities and the abilities of animals like bass? Well, researchers are in the process of finding out. Through advancements in molecular techniques and the mapping of the zebrafish genome at Jim’s facility at Duke, there is ongoing research in regenerative medicine that could lead to new therapies for humans that have lost limbs, suffered a heart attack, or for those that have had cancerous tissue removed