Rare Piebald Tarpon Caught And Released In The Gulf

Every once in a while, someone catches an albino sailfish or marlin or muskie, and the story makes the rounds... 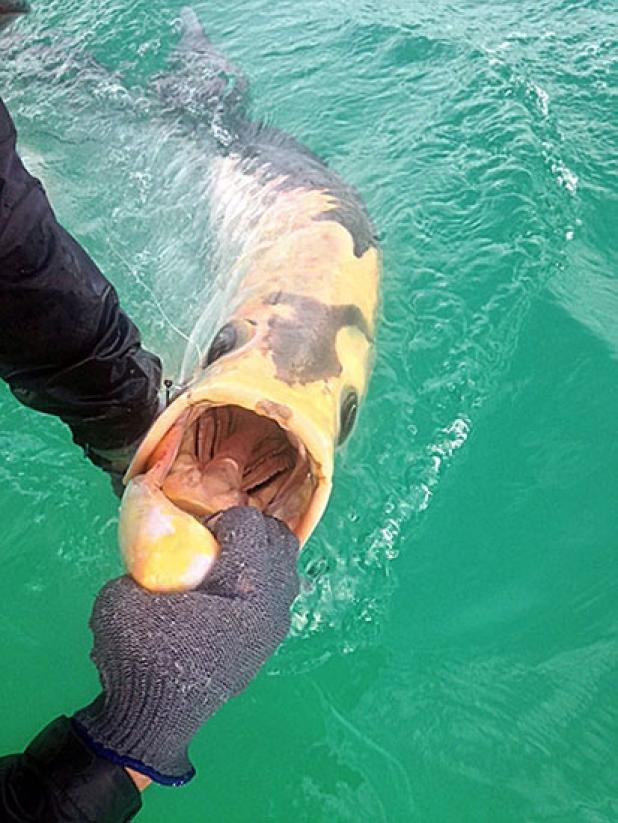 Every once in a while, someone catches an albino sailfish or marlin or muskie, and the story makes the rounds on the Net. But I’ve never seen an off-color tarpon. The story of this piebald poon comes from our sister publication, Sport Fishing. It was caught and released by by Captain Clark Wright off Florida’s West Coast just last week.

From the article:
Wright said that seeing it from afar, the tarpon started to jump and roll, but had an orange tinge and spots on it. They caught the tarpon at 7:30 a.m. on a live blue crab off Anna Maria’s coast, along with his mate Matt Smithman. They were on a mission from there on out — to get a closeup of the tarpon.

“We were hooting and hollering,” he says. “The angler, George Seibel, might be the luckiest angler out there right now. He came down from New York with his wife and caught this tarpon. We took a DNA sample and successfully released him. He lives to fight another day.”

Kathryn Guindons, an assistant research scientist at the Florida Fish and Wildlife Commission’s (FWC) Tarpon Genetics Recapture program, first question to Capt. Wright was the expected, “Did you take a DNA sample?”

According to Guindons, she’s only ever heard reports of such tarpon, but had yet to obtain a DNA sample. With a sample now secure, this catch may break new ground in research. I personally would love to catch a tarpon that looked like half a koi, but I’ll probably never be so lucky.