Dalton Henson is like many of you. He mostly hunts public land. This year, he decided to hunt the Bankhead... 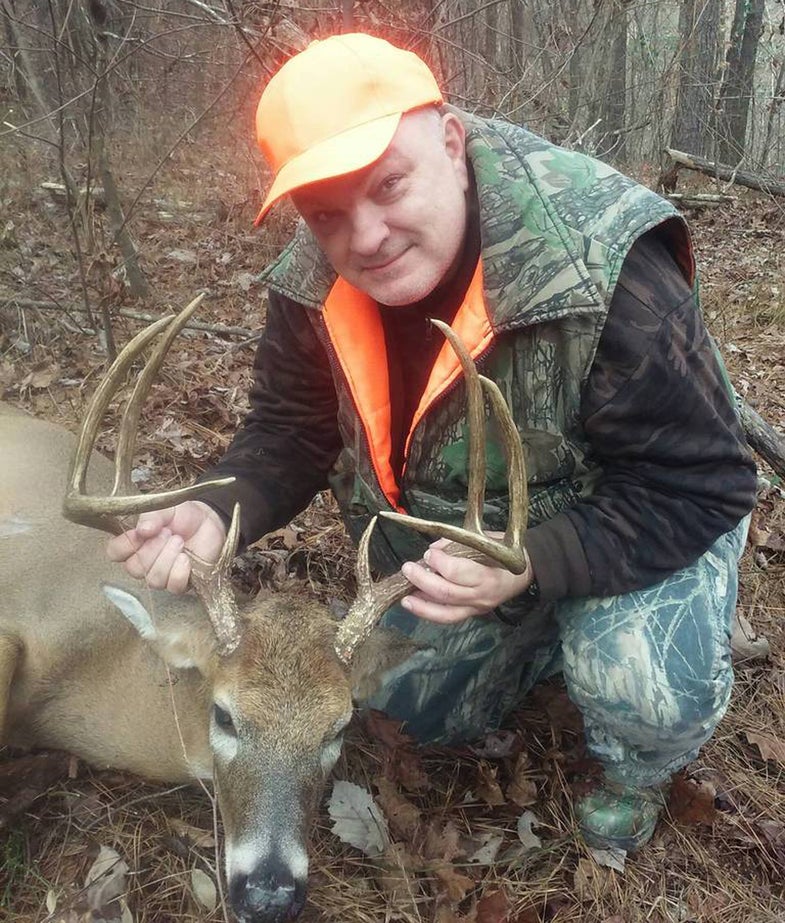 Dalton Henson is like many of you. He mostly hunts public land. This year, he decided to hunt the Bankhead National Forest, in northern Alabama, for the first time. When he and a friend scouted the property earlier this year, it looked good. There, on December 6, Henson found a good spot on the side of a ridge and sat on a big rock with his .270 in hand. “I knew it would be a good morning,” he says. “The wind was dead calm. I was set up in a big hollow with a pine ridge dropping down into a cutover.”

A doe eased through the hollow an hour after he got there, and he watched her slowly feed through. At around 8:30 a.m., a mature doe came down the pine ridge in front of him and started down off into the bottom. Does weren’t legal to shoot, so Henson passed and waited for a buck to cruise through, hoping one would be behind her.

Minutes later, a nice buck came over the ridge, following in the doe’s tracks. Henson waited until the buck was at 40 yards and pulled the trigger. The 170-pound, 8-point buck went down.“It was my first time hunting this property,” Henson says. “That was my largest public-land buck ever.”

Overall Activity Status: “It’s been a below-average year,” Henson says. “It’s been super slow. The rut hasn’t been great. It’s been really warm and, up until this point, [activity] hasn’t been good.”

Fighting: Nothing to report. However, it’s highly likely that fights are occurring in areas with good buck-to-doe ratios.

Rub Making: According to Henson, rubs have been scarce until a couple of weeks ago. “I saw several new rubs along a ridge not far from where I shot my deer,” Henson says. That said, the rubbing activity will now likely drop off in areas where you’ve seen it until the majority of does are bred.

Scraping: Scrapes—much like rubs—have been scarce until the past few days. “Several fresh scrapes opened up along the ridge a couple weeks ago,” Henson says. “There hadn’t been any until recently.” You can expect those scrapes to go cold for a while now that the rut is peaking.

Estrus Signs: It’s the peak rut in the region, and does are entering estrus. “I think the rut is peaking [here] right now,” Henson says. “I’m hearing people talk about a lot of big deer hitting the ground that were chasing does.”