The Rut is About to Pop in South Carolina

There are a handful of magical days in the woods each season. Hit it right and you have great odds... 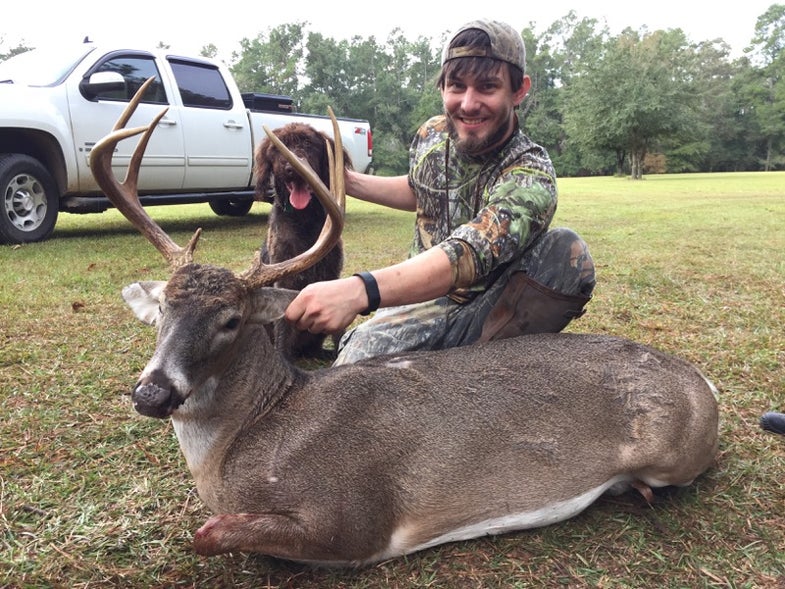 There are a handful of magical days in the woods each season. Hit it right and you have great odds of killing a good buck. Miss it, and it could mean a tag sandwich. That window of opportunity will soon come knocking. You’d best answer from a treestand when it does.

“Some deer are in rut, some aren’t,” Petrantoni said. “It’s just about to be wide open. It’s been in and out the last 10 days. The first of November, they should be going hard.”

Like Petrantoni, Pete Muller, an avid deer hunter who works for the National Wild Turkey Federation in Edgefield, South Carolina, believes it’s just around the corner. Like many of you, he mostly hunts pressured public land.

“There’s been a little early-morning activity,” Muller said. “No chasing yet. No response to scents or rattling. Recent warm temperatures seem to be keeping activity restricted to nighttime. But the rut isn’t far off. With temperatures scheduled to drop a bit over the next few days, it’s time to get out there.”

I spoke with South Carolina Department of Natural Resources Deer Biologist Charles Ruth. He said it isn’t uncommon each year for the action to go full throttle between the last week of October and the first week of November.

I’ve been hunting hard in South Carolina the last several days, too, but I haven’t had much luck. It’s been warm and daylight activity has been minimal. I was out of town during the cold front that passed through the week of October 18.

Still, as Petrantoni and Muller mentioned, it is likely the rut could show its true self by the weekend. If you have reason to believe bucks are cruising for does in your area, it’s high time to make a tactical change. Abandon those pre-rut stands you’ve been hunting. Start targeting areas where you can intercept bucks that are cruising for does. The chasing phase is almost here. Stay tuned for my post later this week on specific geographical locations to target a rutting buck.