(Photo by Michelle Brantley) On an ideal day, you make a great shot, the arrow or bullet does what it’s... 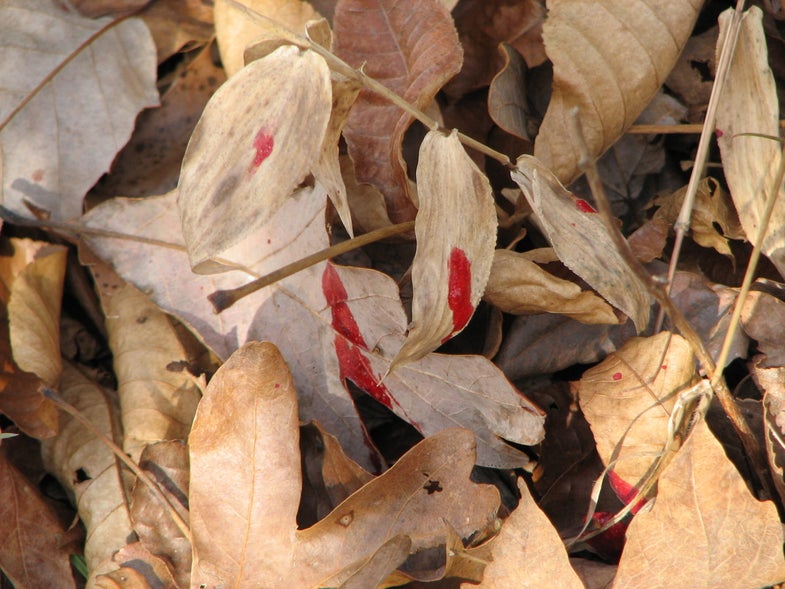 On an ideal day, you make a great shot, the arrow or bullet does what it’s supposed to do, and your deer dies within sight or at the end of a short blood trail. When that doesn’t happen, the “rules” of blood trailing come into play. You know the ones. Wounded deer never run uphill. Wounded deer always head for water. When in doubt, back out. The list goes on.

I’ve followed a bunch of blood trails. While I’ve found a few of the rules to be generally true, I’ve always believed that it’s more important to treat every blood trail as a unique case. Wounded deer frequently do as they damn well please.

But a couple months ago, I attended the QDMA National Convention, and I sat in on a seminar by John Jeanneney, who has been training and using tracking dogs to find wounded deer (and bears) for more than 40 years. That adds up to 1,088 blood trails—quite a few more than I’ve followed myself. Jeanneney has written books on the subject, and he helped form the United Blood Tracker’s Association. He had some pretty cut-and-dry takeaways from all that tracking—some that I knew, but some that I didn’t. Here they are:

2.** ****Like healthy deer, the habits of wounded deer change depending on the time of year.** Jeanneney says that a buck hit in the early season typically stays within his core area. A buck hit during a rut excursion may well run 2 miles if he’s able, back to his core area, because that’s where he feels secure.

3.** Gut-shot deer do go to water**—but not always right away. I’ve personally doubted that rule—wounded deer go to water—because I’ve never seen it actually happen. But I’ve not followed hundreds of gut-shot deer trails, either. Jeanneney has, and he’s often found the deer either in the water or at the water’s edge.

5. High-back hits are bad news. Jeanneney doesn’t take these tracks if he can help it because even with a dog, the chances of recovery are very slim. Last September, I lost the biggest buck I’ve ever had in front of my bow because I misjudged the yardage and hit him high. The neighbors killed him two months later, during gun season.

6.** ****The diaphragm is key, so know where it is.** If you hit behind it, through the liver or guts, you need to wait. That’s no surprise to most hunters. But a deer hit ahead of it will either die fast, or you’ll have to shoot it again. You gain nothing by waiting—but you do risk losing the animal to coyotes or spoilage. If a deer hit ahead of the diaphragm lives a half hour or half mile, the chances of recovery are slim.

Remember, though, that rules can all be broken. Late last season, I shot a big Tennessee doe standing broadside at 15 yards. My arrow looked about perfect—three inches behind the shoulder, a third of the way up from the belly. Certainly ahead of the diaphragm. I could see it stuck in the ground, soaked in red blood. She ran 70 yards and stopped. I figured she’d fall right there. Instead, she walked 200 yards through the open timber and bedded down in a thicket on the next ridge. When my buddy and I took up the heavy blood trail four hours later, we jumped her from her bed. She labored off slowly down into a creek bottom, and so we backed out and gave her two more hours.

She’d long since clotted up by then, and so there was no more blood. But we found her after another 100 yards. Instead of continuing through the creek bottom, she’d scaled straight up a steep side-hill and bedded down at the top. That’s where I shot her again. Come to find out, my broadhead had deflected inside the deer and exited not through the opposite lung, but ahead of her opposite hip.

That story illustrates the most important rule of all when it comes to tracking: Until you find the deer, you don’t know for sure what happened. Don’t give up.