Do You Carry a Pistol While Bowhunting?

The times are changing. So many states that once poo-pooed the carrying of personal defense firearms while hunting (especially bowhunting)... 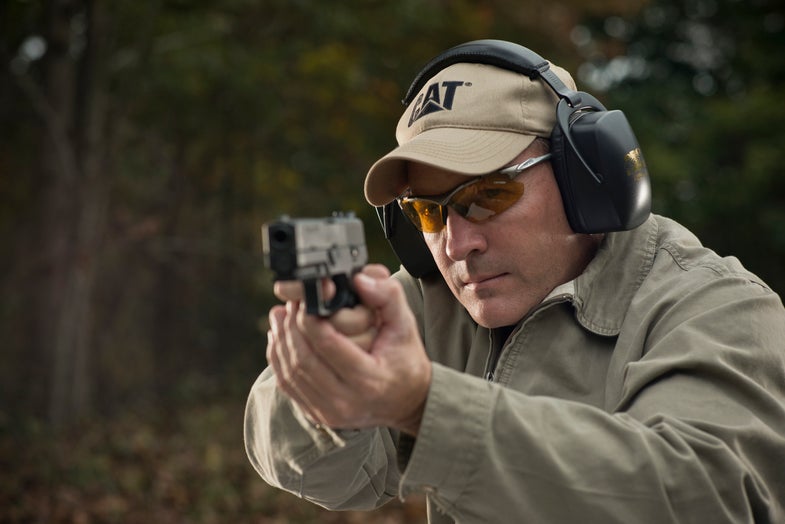 The times are changing. So many states that once poo-pooed the carrying of personal defense firearms while hunting (especially bowhunting) now have wording in fish and wildlife regs explicitly allowing you to carry. Many of today’s hunters take full advantage of that—me included.

When I head to the woods, I typically carry openly. I like a big gun in a comfy holster. Here in the Ozarks, that’s usually a Walther PPQM2 .40 in a Crossbreed Super Slide holster. With that holster, the leather backs the grip of the gun and keeps it from digging into my sideparts—aka, muffin top—while sitting in a treestand.

I like the Walther because it fits in my hand perfectly, I can shoot it fast, and get it back on target quickly. It has good sights—important for an outdoors gun—but it’s also well balanced. That’s important for any defensive gun because it makes point shooting, something you should be practicing, much easier. 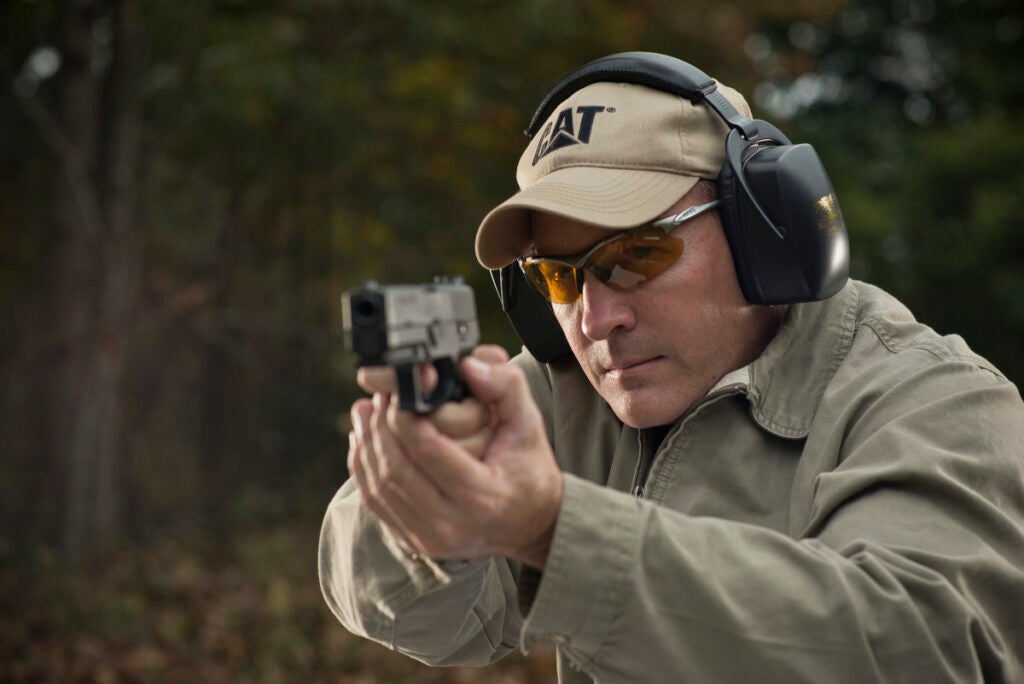 This fall, I’ll be spending some time hunting in bear country out west, so I ordered a bigger gun; a Smith & Wesson model 329PD. It’s an N-frame .44 magnum, but with a Scandium alloy frame and titanium alloy cylinder, it weighs just 25 ounces—a little more than half of the 629, the stainless steel version of the same gun. The 329PD has a 4-inch barrel and adjustable, fiber-optic sights.

The key to carrying defensively, regardless of the gun you’re using and regardless of whether you’re in the woods or at the mall, is to have the gun at the ready in a good holster. Not in a backpack. Never place it on your back in a holster, either. Leave the fast-draw from 180 degrees to the cops in the movies. And catch up on a few bear attack stories from back issues of F&S. When an animal attacks, you often end up on your back. That’s another good argument for keeping the gun on your side.

Whatever and however you carry, check the specific regulations on carrying while hunting, especially if you’re traveling out of state. And double-check the regulations before carrying on any federal property, since federal rules on such things rarely match state rules.

Of course, I’d be remiss to end this without asking: Do you pack a defensive handgun while hunting? What do you carry and how?

Editor’s Note: Barbara Baird is a certified NRA Pistol Instructor and competitive shooter, in addition to being a serious hunter. She stays pretty busy as a gun writer, including for Range365.com—the sister shooting site to F&S.