Long-Range Bowhunting? I’m Over It

I learned to bowhunt in the eastern whitetail woods, where 30 yards was a long shot. I used a bow... 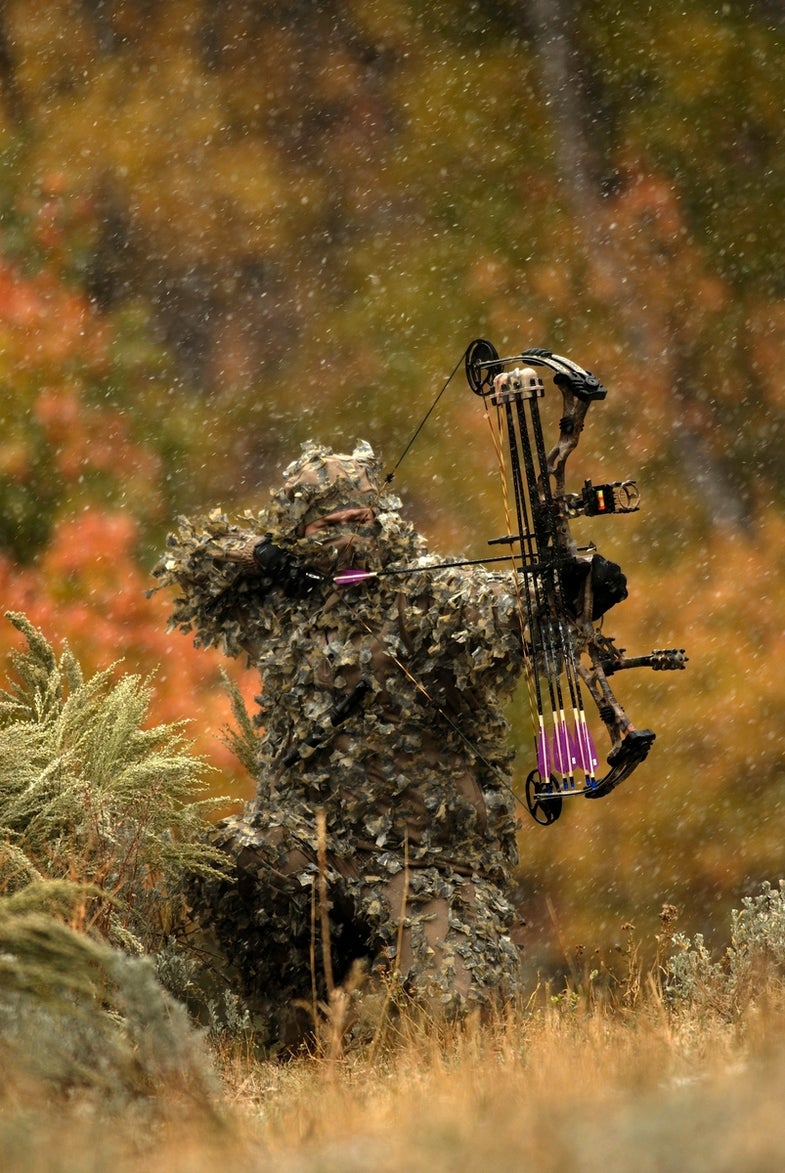 I learned to bowhunt in the eastern whitetail woods, where 30 yards was a long shot. I used a bow with a fixed, 3-pin sight, never carried a rangefinder, and never had a problem killing deer.

Then I went through a phase—one that seems to be affecting a lot of today’s bowhunters. It started when I attended a 3D shoot in the Wasatch Mountains several years ago. I practiced alongside some very good western bowhunters, many of whom could drop five arrows into a 6-inch group at 120 yards. They all talked about 50-yard shots on mule deer as the “close ones.” On the range, I had to step up to 40 yards—the kiddy line—to hit the same targets they were drilling from 80.

I didn’t like shooting from the kiddy line, and I knew I’d need to make some changes to my setup to fix that. The western hunters rigged their bows with slider sights that had fine pins for precise aiming. The sights were paired with small aperture peeps set high on the string. Frequently, a slider sight will “bottom out” at around 80 yards with a standard, knuckle-on-the-jaw anchor point. If you drop that anchor point down a bit, you gain significant room for elevation adjustment.

I started setting up my bows the same way, carrying a rangefinder, and stretching out my practice distances. I became a much better long-range shot. 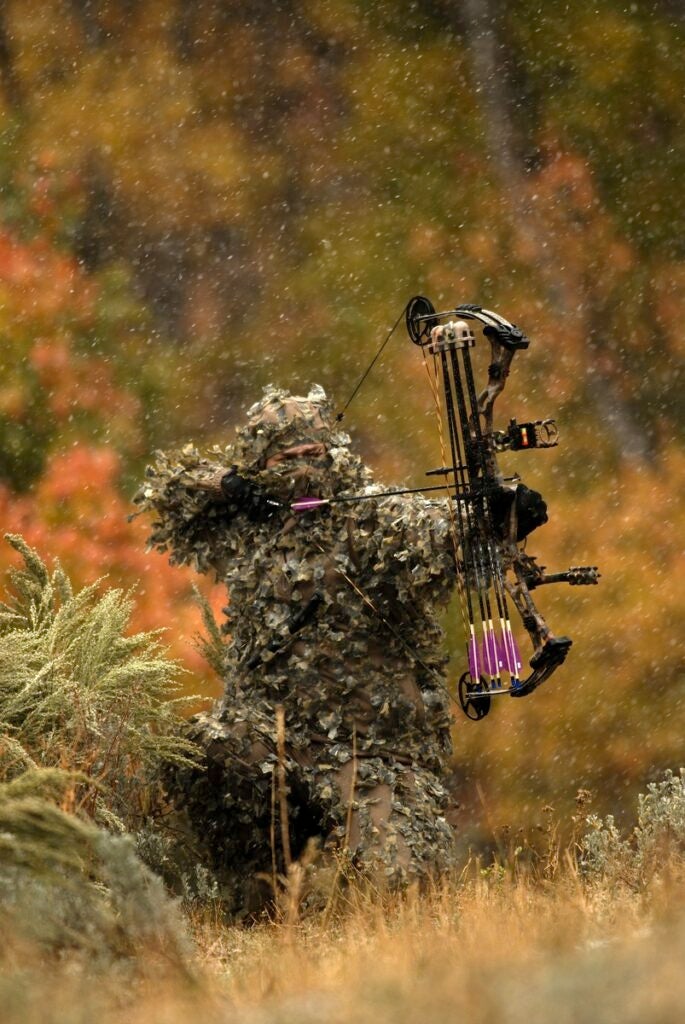 There was no question that the changes to my bow setup made it easier to hit targets at 80 or even 100 yards. I practiced and hunted with such a setup—wrote about it too—for four years before finally deciding it wasn’t right for my style of bowhunting.

During that time I killed about 30 animals, including whitetails, pigs, turkeys, a muley, and a pronghorn. Only one of them was beyond 30 yards when I shot. I remember it plainly because it was the first shot at an animal that I took during the outset of my phase. A big doe was standing at 48 yards. Everything about that shot felt good—but the outcome wasn’t. I hit her in the spine and had to shoot her again. I don’t know if I hit that deer high because of some small error in my shooting form or if she jumped the string a bit. Maybe some of both.

Forty eight yards is a long way to be shooting at a whitetail with a bow. I knew it and had always known it—probably because I’ve messed up my share of shots at 15 yards, too.

I also remember sitting on a white oak ridge one late September afternoon a couple seasons ago and watching a pair of good bucks walk right through an opening at 30 yards. The old 3-pin me would’ve said, “looks like a second-pin shot” and killed one of them. Instead, I was fumbling with my rangefinder and slider sight as they walked out of sight.

That tiny little pin on my slider—perfect for long shots in the daylight—simply disappears during the last 10 minutes of legal light. Whitetails move around a lot that time of day. So my long-range phase came to an end. Late into last season, I swapped back to a sight with five fixed pins, each roughly the size of a crayon.

Practicing at long range is a valuable exercise, and I still enjoy it. Seventy-yard practice makes the 20-yard shots seem easy. We’ve covered that aplenty in F&S. But if long-range practice teaches you anything about shooting a bow, it’s that misses usually are a result of form mistakes. Those mistakes are amplified the farther away you get from the target. At 70-plus yards, everything must be perfect. No torque. Flawless follow-through. If you believe you can do that when you haven’t shot your bow in two weeks (because you’ve been hunting), you’re standing on a metal platform in a tree, leaning around a limb, bundled in thick clothing, with adrenaline raging … well, you’re really damn good.

Or, you’re going through a phase, too.