The Science Behind the 100-Yard Bow Shot

You can’t seem to make it through a deer season anymore without hearing of some outdoor TV or YouTube hotshot... 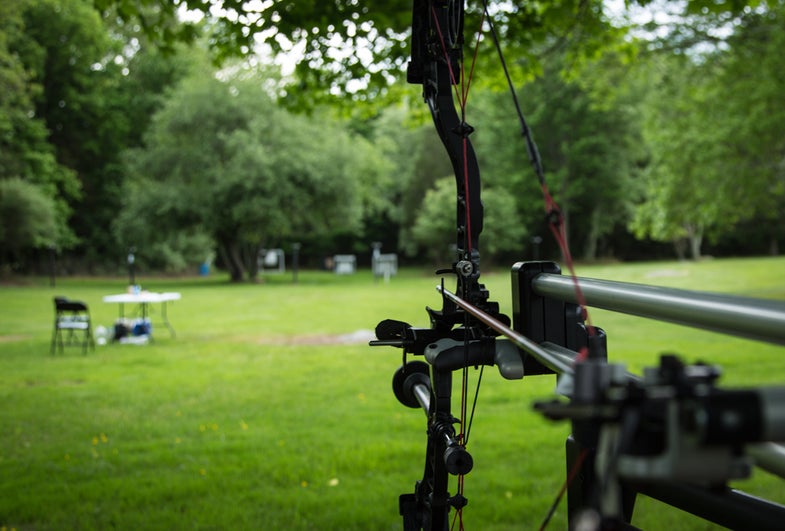 You can’t seem to make it through a deer season anymore without hearing of some outdoor TV or YouTube hotshot shooting a big critter with a bow at 100-plus yards. Some guys are indeed skilled enough to consistently hit a 100-yard target. But taking a shot like that on an animal isn’t a good idea—and the science proves it. Here’s why:

When I did that arrow test for F&S last year, I wanted to see what exactly happened to an arrow in flight over 100 yards. I asked Bob Donahoe, the owner and inventor of Velocitip, if he had ever recorded a flight that long.

We moved the Hooter Shooter back to 100 yards, and loaded a Bowtech RPM 360 with a Carbon Express Maxima Red—a solid, 417-grain finished hunting arrow. We were shooting at a giant Hips Archery 4×4 range target, so we weren’t too worried about sending a $1,200 computerized field point careening through the woods. Still, when the bow fired and that arrow took off downrange, Bob looked nervous. The arrow seemed to arc 8, maybe 10 feet above the grass, but when it came down, it did so beautifully—center-punching that big Hips target.

I’m pretty sure all I said was, “awesome.”

The data was even better. That arrow launched at 323 feet per second and hit at 100 yards at 264 feet per second. As a refresher, the bow was set to 70 pounds with a 30-inch draw length. The arrow connected downrange with 67.2 foot-pounds of kinetic energy and 0.5097 momentum—more than enough to slay deer-sized game if you believe the old KE tables.

So we should all be pushing our effective bowhunting range to 100 yards, right?

Eh, no. It also took that arrow 1.027 seconds to cover 100 yards. Think about how much a deer can move in 1.027 seconds. The trajectory of that shot was likewise extreme. We weren’t able to capture it on the 100-yard shot, but our 40-yard data calculated an elevation change of that same arrow at 90 yards to be 102.95 inches, or 8.58 feet. Add 10 yards to that and you’re looking at an arrow that likely climbed and fell 10 or more in just over a second. 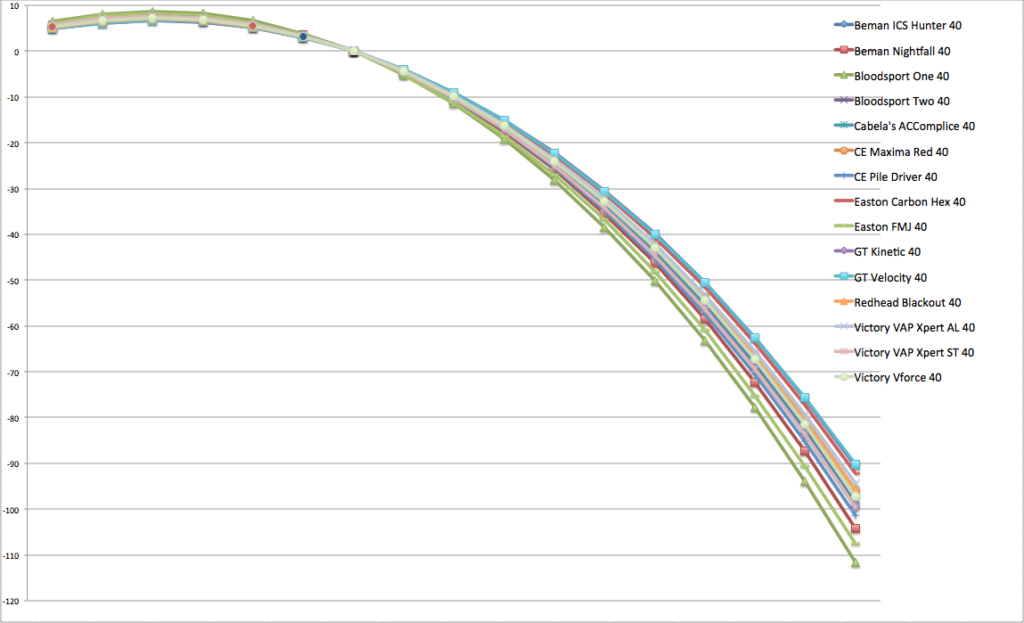 With all that time and space to cover, just imagine the effect of even a moderate amount of wind on a 100-yard arrow. (On test day, it was basically flat, but we hope to test wind drift in a future test.)

Now, considering everything, I believe that pushing the limits of long-distance archery shooting at the range isn’t just cool, but it will make you a better shooter. And modern equipment certainly packs the punch to make a killing shot on big game at extreme distances. But I’d never take that shot myself, or suggest anyone else try it either. Ten feet of drop and more than a second of animal reaction time is too much to contend with. Too much can go wrong, and the rewards aren’t worth the risk of wounding an animal. Those, I’m sure, are the video clips that end up on the cutting room floor.