Video: How to Skin a Squirrel (In Less Than a Minute)

Stop me if you’ve read a line like this in an article about squirrel hunting: “Get out there and hunt... 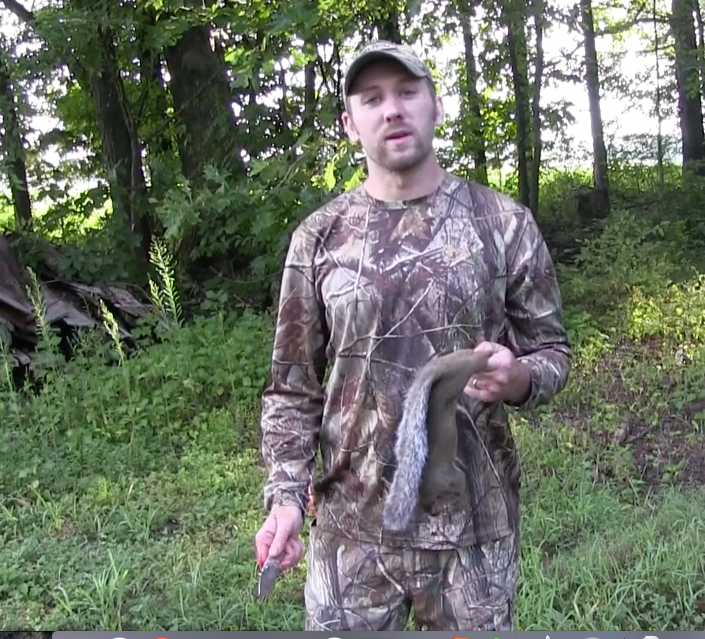 Stop me if you’ve read a line like this in an article about squirrel hunting:

“Get out there and hunt bushytails because it’s a great tune-up for deer season.”

Somewhere along the way, it seems like some form of justification for even going squirrel hunting has become a requirement for a published squirrel story. It reminds me a bit of the “check your local regulations” line we outdoor writers often use to cover our asses when we fear you might do something stupid and then blame us for the citation.

Squirrel hunting is indeed a great learning foundation for all aspects of woodsmanship. Stalking to within 25 yards of a squirrel sitting on a hickory nut limb and head-shooting him with a .22 isn’t easy. It teaches you how to place your feet softly on the forest floor, and how to use foliage, shadows, and terrain features to get closer. Better than anything I know of, it teaches you the importance of finding a quick rest for your rifle before taking a shot. You learn how to identify and hunt the food sources in use at the moment, and that strategy will serve you when hunting any game animal anywhere in the world.

But still, I like to go squirrel hunting purely for squirrel hunting’s sake. A buddy and I have been hunting the same little wood lot every August for the past decade. We went out last Friday morning—my first squirrel trip of the year—and the action was non-stop. There seems to be a bunch of squirrels in the west Kentucky woods this year (I shot six young grays myself), and a pretty good mast crop, too. I saw squirrels cutting in shagbark hickories, pignuts, beech nuts, and white oaks—though pignuts were far and away the most productive trees.

I know people who avoid squirrel hunting simply because they don’t like to clean them. Compared to a rabbit, a squirrel is difficult to skin. The traditional method involves cutting them across the middle of the back and working the skin off from there. I’ve never been able to clean a squirrel within five minutes like that. The faster method is the one shown in the video above. A friend and neighbor (actually, Ronnie—the guy I referenced in my first-ever post for Tagged Out) taught me how to skin squirrels like this when I was maybe 10 years old. It took me a few tries to get the hang of it, but once I did, I found that I could skin one fast. My personal record is 40 seconds. Once the skin’s gone, I use game shears to remove all four legs and the “saddle,” which is the backstraps with the bone intact.

Word to the wise before trying this method: it’s easy to either break off the tail or fail to make the proper starting cut down either side of the back legs. If you do either of those things, you’re no better off than if you’d started your cut across the back. If you can avoid them, though, you can have your entire limit on ice just about the time your buddy cutting across the back finishes his second squirrel.