A Specklebelly Goose and a Lucky Shirt

Back before I became a successful hunter, I believed, to an extent, in lucky shirts, hats, gloves, etc. Actually, such... 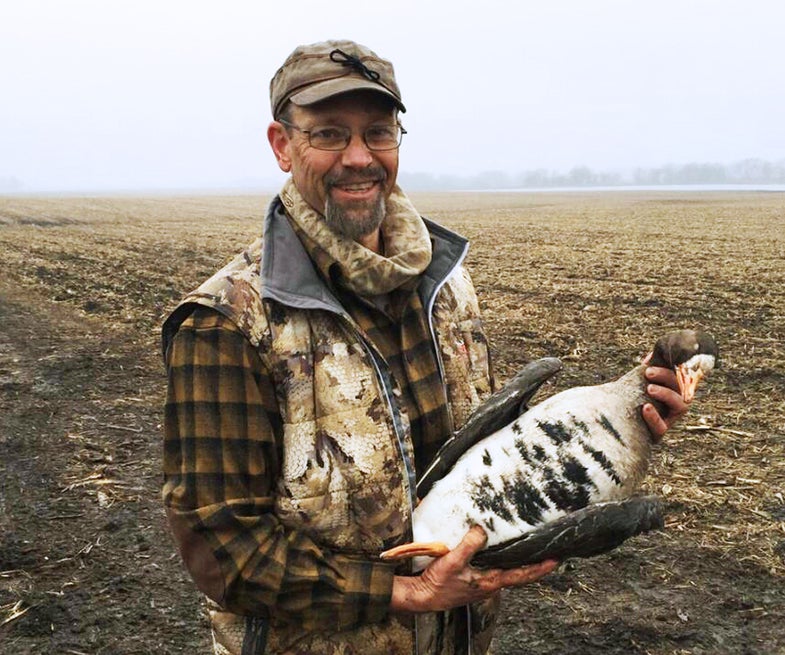 Back before I became a successful hunter, I believed, to an extent, in lucky shirts, hats, gloves, etc. Actually, such was my lack of success, I believed that new items of clothing could jinx hunts altogether.
After I started shooting things most of the time I went hunting, I realized that what I wore didn’t make much difference at all regarding my luck. This, however, brings me to my new shirt: My wife gave me the Pendleton shirt* in this picture for Christmas, thinking that its black-and-brown plaid would go nicely with the various camo patterns I wear in the fall. I think it looks pretty spiffy, so I wore it hunting the next day.

And, on my new shirt’s maiden voyage to the field, I shot a limit of geese, including the first specklebelly goose I’ve ever killed in Iowa. It was a dandy mature bird, too. We hardly ever see specks at this end of the state during the hunting season. In fact, I’ve never even shot at one here, so this was a big deal for me.

I’ll admit, too, that I got very lucky. The bird was hit with exactly one pellet, just ahead of the thigh. It must have cut a vital artery, because the goose went into a long glide and crashed dead.

All that said, I’m not quite ready to call this a lucky shirt. I’m certain I’ll wear it on bad hunts as well as good ones. It may be my favorite, but I’m not yet convinced it’s lucky, or that lucky shirts, hats, socks or whatever actually exist. I do know, though, that I’ll be wearing it a lot next season.

*Fun Pendleton fact: Before Brian Wilson’s band changed its name to “The Beach Boys,” they were The Pendletones, and wore Pendleton plaid shirts in keeping with surfer style of the time.