Art of the Belly Crawl

Belly crawling is, depending on your attitude, either the highest or the lowest (literally and figuratively) way to get up... 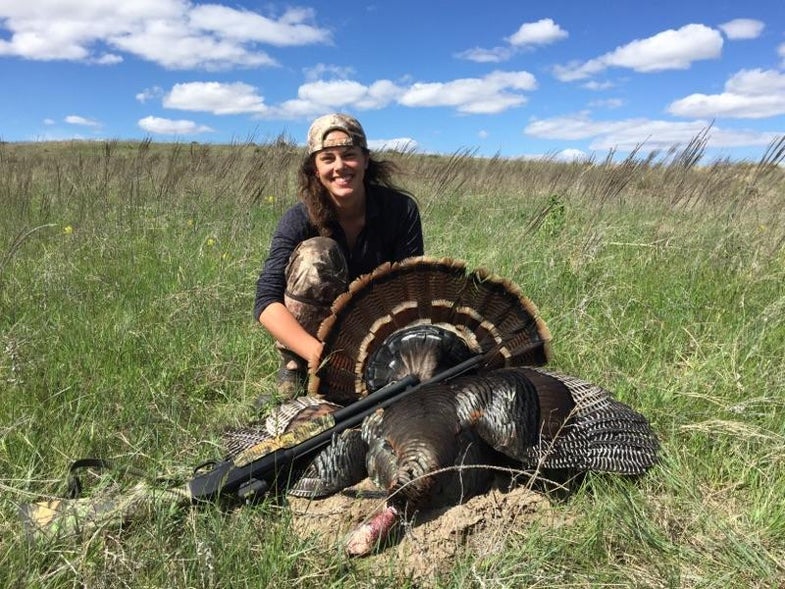 Belly crawling is, depending on your attitude, either the highest or the lowest (literally and figuratively) way to get up on game. To purists, a belly crawl doesn’t count as hunting because it isn’t playing the game right. They want animals to come to them. But a good crawl takes a lot of skill and patience. Nowhere was that more evident than in Nebraska last week when I watched Outdoor Life’s Natalie Krebs make a stalk on a gobbler covering what we later determined to be 270 yards.

The stalk was a combination of a couple of brief sprints and lots of painstakingly slow crawling through very short grass when turkeys weren’t looking or were hidden by a fold in the ground. That there were hens with the tom made the feat even more impressive. It was also impressive that Natalie made about half the crawl wearing a Cabela’s Kickstand turkey vest, which has a fat seat cushion, metal frame and telescoping feet. She looked like furniture creeping across the prairie until she remembered to take it off.

Natalie actually got up on her bird twice. The first time she had it in easy gun range across a draw. It was all I could do not to scream “Shoot!” from 100 yards away as it walked in front of her, but she told me afterward the turkey was higher on his side of the draw than she was on her side and she didn’t feel confident raising the gun to take the shot. It took a lot of nerve to crawl that far and not shoot but she made the right decision. A few minutes later the turkey went over a little rise and gave her the chance she wanted. Natalie took a couple of steps toward it and shot it. Celebration started there and continued at one of Arnold, Nebraska’s two bars, which just happened to be owned by our guide. I have a feeling Natalie may never have to pay for a drink in Arnold again.

I know we’re not supposed to stalk wild turkeys, but we were in wide open grass with no one in sight. At any rate, with fanning gobblers being a thing these days, crawling up on one the old-fashioned way seems downright safe by comparison.

Personally, I am a lousy belly crawler, although I did make a much shorter crawl on some birds the day before, then decided not to shoot for fear of laying out two or three gobblers at once.

Crawling takes perseverance. Usually when I am trying to crawl up on stuff a little voice in my head is telling me the critter is already gone, or that I must have scared it already. To be a good crawler you have to believe. You have to be mentally tough and keep at it, even if the odds of success seem low.

My own best belly crawl was probably the one I put on a crippled Canada goose on a pond last season. That was a good one, but nothing like what I saw last week, which proved without a doubt that belly crawling can be every bit as challenging and rewarding as any other type of hunting.