Ask Phil: One Trigger or Two?

When it comes to double guns for hunting, which do you think is better and why: a single selective trigger... 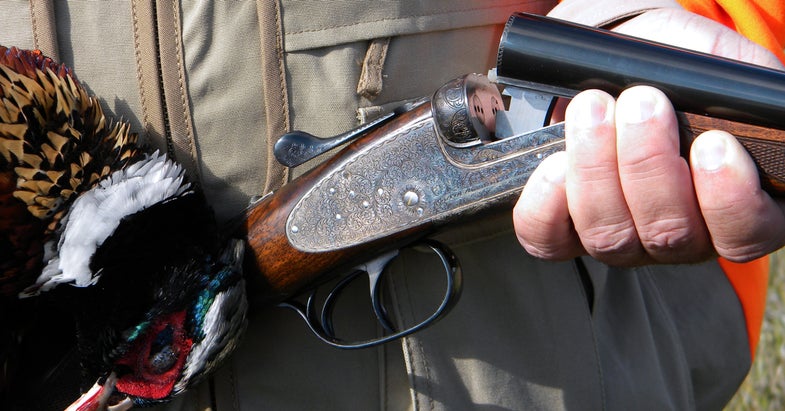 I don’t own any double-trigger guns (though I hope to change that), but, in theory, I think double triggers are better. Their advantage is slight, though. A double trigger is the only barrel selector system (with the exception of the safety/barrel selector on the Remington 3200) that you can instantly put into action. With that said, I believe instant choke selection is an overrated advantage, unless your gun has two very different chokes, such as IC and Full.

Reliability is double triggers’ other appeal. Really, a two-triggered gun is just two guns built side by side. If one doesn’t work, the other will. If you have a dud cartridge, the other barrel will still fire. The gun doesn’t need recoil to reset the single trigger. However, given the reliability of modern doubles and O/Us, and of modern ammo, reliability isn’t a huge factor, but it’s an edge nonetheless.

Spanish doubles, or at least the Spanish doubles imported into the U.S. in the ’60s and ’70s, have a reputation for having bad single triggers, so that may have been part of your gun’s problem.

Ultimately, the best reason to buy a gun with two triggers is that a lot of classic doubles come with two triggers. So, if you’re fortunate enough to purchase one, you’re likely getting two triggers, whether you like it or not. However, it’s not difficult to learn how to shoot with double triggers. I grew up shooting with one trigger then taught myself how to shoot with two on a skeet field, using only three boxes of shells. Now, I can switch back and forth from one to two without trouble. It’s no different than switching between a pump and a semiauto.