Photograph by John Hafner I’ve been ruffed grouse hunting in northern Minnesota for a few years now, mostly by myself.... 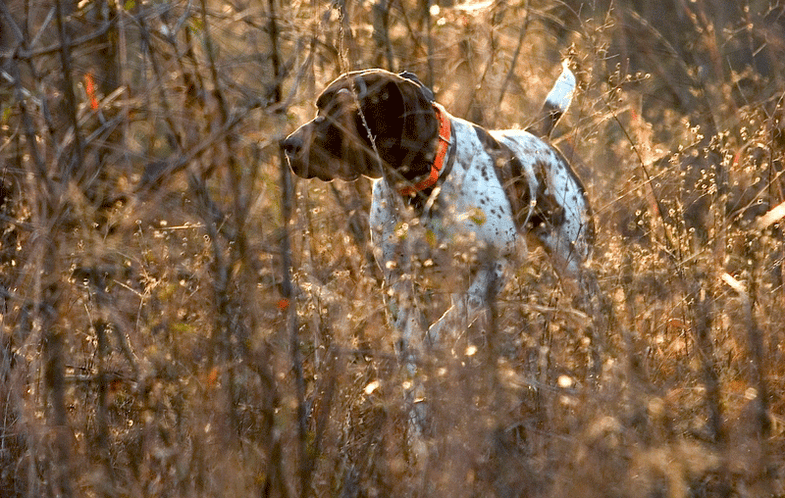 I’ve been ruffed grouse hunting in northern Minnesota for a few years now, mostly by myself. I think I do ok without a dog, but I tend to put on a lot of miles between flushes, especially late in the season (for whatever reason I see more bids in September than October). I’m getting to a point where getting a dog may make sense (having a house vs apartment helps).

I have never hunted with a dog, and I don’t know anyone with a dog that actively hunts grouse, so I feel like I may be going into a major decision, what type of dog, completely blind.

Asking around most people recommend a flusher, like a lab, but it mostly seems that they fall back on ease of training to retrieve, and most also primarily hunt ducks and pheasants, which I do not.

I can’t help but feel that I would be at a greater advantage with a pointer, such as a setter, in that they may alert me better to a grouse before it flushes. I’m finding the biggest challenge to grouse hunting is the surprising nature of flushes, combined with extremely difficult shot presentations.

Am I off base? From your experience, is either style of bird dog better suited to grouse?

The majority of grouse hunters own pointing dogs. Part of that is tradition, but pointing breeds have a couple of benefits in the woods. They can range more than a flushing dog, because they will stop and point the bird instead of bumping it into the air. You can cover more ground with a pointing dog, which is important in years of few birds. And, grouse cover being what it is – thick – sometimes it takes a few seconds to get where you need to go even when the dog is close, so having a dog that points rather than flushes can give you time to get into position to make a shot.

And, there’s the aesthetics of it, too. A dog on point is a thrilling sight. I will always remember coming up on my cousin’s drahthaar locked up on a grouse that had evidently decided to stand its ground. The bird had puffed itself up into full display and was staring the dog down. It stood beak to nose with the dog until we arrived. Seeing itself to be outnumbered, the bird flushed, and was shot.

Training a pointing dog doesn’t have to be difficult. They already know how to point. Teach the dog its name and to come when called, and do lots of the basic obedience you would do with any dog. Get it a bell or a beeper and take it hunting a lot. Some pointing dogs will benefit from being force-trained to retrieve, which is a bit of a chore, but once done turns any dog into a consistent retriever. I force trained my first shorthair, Sam, and he was an outstanding retriever. I never force-trained my current shorthair, Jed, because he showed early, strong natural retrieving skills and I wish I had. His retrieving is poor, but he is good at finding crippled birds. Some breeds, such as English setters, can be only so-so retrievers.

All that said, you can certainly hunt grouse over a flusher. Springerman3 will be along to explain this at length in the comments section, I am sure, so I will only say that if you don’t need to cover huge chunks of ground, a close-working flusher will work just fine. And, the dog will get excited when it scents a bird. You’ll be able to tell easily by its body language that you’re about to get a shot, so you will have time to get ready.

In either case, you will get more lots more birds with a dog than without over the course of a season. There will be days when you would have gotten more birds by leaving the dog at home, but that is just part of owning any kind of dog, be it a pointer or a flusher.