I see some commercial 2¾-inch shotshells labeled “pheasant load” that have 1¼-ounce shot and travel at 1220 fps. I also... 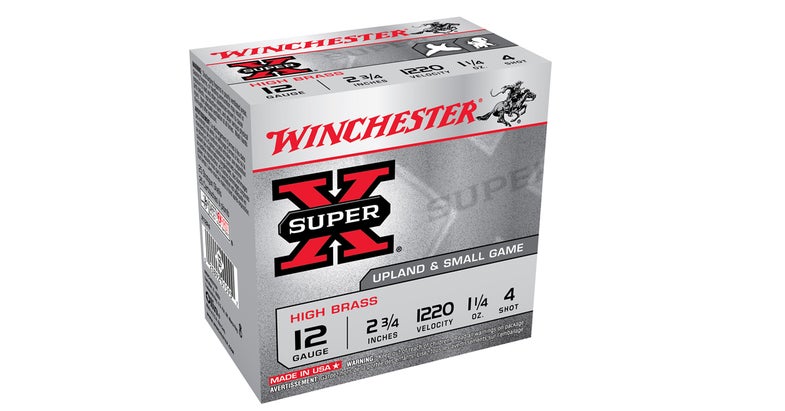 The short answer to part one is yes—1¼ ounces of shot at 1220 fps is a fine pheasant load.

I believe that the current mania for speed in lead loads is a misplaced carryover from what we’ve learned about steel. Steel shot is much less dense than lead (7.6 grams per cubic centimeter for steel versus 11.2 g/cc for lead) and the only way to give it enough energy to kill cleanly is to drive it fast. Lead, with its superior density, retains velocity and energy better than does steel does, and therefore, I think, it doesn’t need to be blasted at high velocities to be lethal to game birds.

There’s no question that high-velocity loads hit harder, but there’s a tradeoff. Generally speaking, lead patterns more openly as you increase velocity. Recoil always increases when you boost velocity. A 1220-fps, 1¼-ounce load of lead 5s or 6s (or even 7 ½s at reasonable ranges) is deadly to pheasants and pretty easy on the shooter.

That said, most of the pheasants I’ve shot in my life have fallen to 1¼ ounce, 1330-fps loads of 5 or 6 pellets. Those hit birds hard but don’t recoil unduly in a lightish 12 gauge that I may shoot only four or five times in a day’s hunt. Anything more, either in payload or in velocity, just kicks me harder and doesn’t seem to kill much better, at least for the way I hunt.

Not everyone agrees with me, and that doesn’t mean they’re wrong, either: The proprietor of a South Dakota pheasant lodge told me that once he began insisting that his clients shoot 1⅜-ounce, 1300-fps loads of 4 shot, his lost-bird rate went way down. But, at those operations, you have lots of people of widely varying abilities shooting at once. From what I’ve seen of South Dakota pheasant drives, lively cripples stand a good chance of getting away in the confusion of a big volley, and those groups don’t stop long to look for runners. I usually hunt by myself, or with one other person, and when we drop a cripple, we look until Jed finds it.

As to the second part of your question, your “good old days” must predate mine. When I started hunting in the late 70s/early 80s, there were low-brass game loads, then high brass “duck and pheasant loads,” which were the 1330-fps, 1¼-ounce loads I grew up shooting at, well, ducks and pheasants, then “short magnums,” which were usually 1½ ounces of lead shot at 1260 fps or so. Back in the really old days, when Winchester introduced the 3-inch Super X magnum, in the 1920s, the shells held 1⅜ ounces of shot.

There’s not much call for lead magnums in either 2¾- or 3-inch shells anymore except for predator and turkey hunting, although some people do shoot them at pheasants.

I hope that helps. —Phil

Send your questions to fsgunnuts@gmail.com. Anyone whose question I answer will receive a Cabelas range bag.