It’s never you. It’s always the gun. If people didn’t believe that, they would never buy new guns, and I... 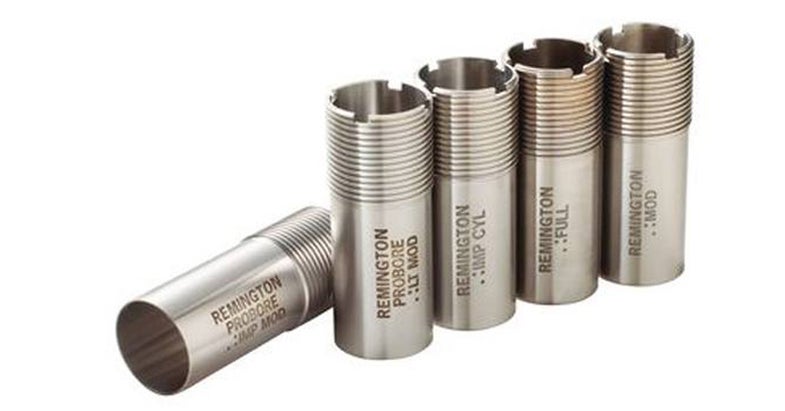 It’s never you. It’s always the gun. If people didn’t believe that, they would never buy new guns, and I would be out of work.

Seriously, though, choke tubes are one factor that can affect your gun’s POI. You may have a tube that wasn’t bored straight, your barrel may not shoot straight, or perhaps it wasn’t machined correctly when the tubes were installed. Or, it could be the stock. Obviously, there’s something wrong with your gun if it shoots way low and left at 16 yards.

The first thing you need to do is remove the variable of stock fit and determine if the gun shoots where it should. Put the gun in a rest, aim at a mark 20 or 25 yards away, hang onto the forend, and shoot three or four times, holding on the same point. You’re shooting a group here, and the goal is to figure out where the gun shoots. If the gun doesn’t shoot where it’s aimed, try switching choke tubes. After that, if the gun still doesn’t shoot right, there’s something wrong with the barrel, so send the gun to the manufacturer and tell them it doesn’t shoot correctly.

Or, you can have a gunsmith bend the barrel, one of gunsmithing’s black arts. It’s accomplished, with varying degrees of success and precision, by bending the barrels in a jig, whacking them against the work bench, or wedging them into the crotch of a tree and pulling. I’ve seen it done only at the Miroku factory in Japan, but the barrels were still in the blank stage. The worker would look down the barrel and, if he saw something he didn’t like, put it in a jig, pull a handle to bend it, then eyeball it again.

However, you can correct some barrels with new choke tubes. Briley makes eccentric tubes that apparently can correct POI up to eight inches—so there’s that option, too.

If the gun shoots straight, then stock fit is the problem. To determine how much you need to alter your stock, stand 16 yards away from a metal pattern plate, a piece of paper, cardboard, or a hanging bedsheet; mount the gun as you would in the field; and shoot four or five times without aiming. Then see where the patterns center. For every two inches they’re off, adjust the stock 1/8th of an inch—which means a trip to the gunsmith, unless your gun has a shimmable stock, as many newer semiautos these days do.