Choke Tube Problems (And How to Avoid Them)

Choke tubes have been around long enough now that a whole generation of shotgunners can’t remember the days when, if... 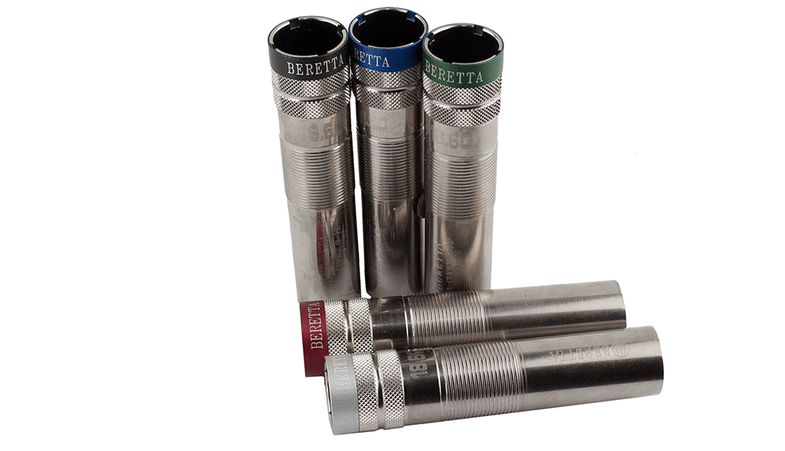 Choke tubes have been around long enough now that a whole generation of shotgunners can’t remember the days when, if you wanted to change chokes, you had to change barrels. There was even an early choke tube ad that read something like “It’s like having a pocket full of extra barrels.”* There is no question choke tubes are a good thing.

But, choke tubes require care, too. I have written before about seeing someone launch a choke tube that had come loose in its threads during a sporting clays shoot. Given that the launch platform was a $10,000 Kolar O/U, an expensive thread repair job probably followed.

Choke tubes don’t have to be more than finger-tight in a gun, although you should check them often. They do need to be removed, cleaned and greased whenever you give your gun a thorough cleaning. I take the tube out, wipe it off, scrub the threads of the tube and the barrel with a brush, then apply a little Birchwood Casey Choke Tube Lube and put it back in the gun. Failure to do this regularly can lead to problems.

Just the other day I noticed about a quarter inch of choke tube sticking out of the muzzle of one our high school trap team kid’s guns at practice. I tried tightening it with my finger. It didn’t move. “Is your tube always like this?” I asked. “I think so,” he said. It didn’t look right to me, so with some effort I took it out.

It required quite a bit more effort to clean all the plastic and powder build-up out of the threads in the barrel. Once all that was out, the tube screwed in easily and fit flush the way it’s supposed to. Cleaning that tube probably saved it from flying downrange.

A.J. “Smoker” Smith, one of the early stars of sporting clays, was not a choke changer. He liked Improved Cylinder in both barrels. To make sure his chosen chokes never came loose he dunked them in water and let them rust into the gun.

That is what I have now done, albeit accidentally, to my BT-99, so I am here to tell you A.J.’s method works.

We have now reached the the “do as I say, not as I just did” part of this post: When your gun gets wet clean it thoroughly, INCLUDING taking out the choke tube and making sure the tube’s and the barrel’s threads are dry. Then grease the tube and put it back in the gun finger-tight. Otherwise you may be in for an unpleasant surprise when you try to change tubes.

Actually, I’m good about that with my guns, and have never had a problem with a choke tube until now. But, I must have somehow neglected the BT-99 I picked up as a loaner trap gun to take to practice and shoots for our high school kids, because the tube in the barrel is stuck. Really stuck.

I took it to my gunsmith, who told me that, yes, the tube was rusted in place. He could bore it out, he said, but that would ruin the tube and possibly damage the barrel.

Given that the BT-99 is a trap gun, and that the tube stuck in the muzzle is a Full choke, which is perfect for trap shooting, this stuck tube isn’t much of a problem unless I decide to sell the gun someday. In that case I’ll lose some money on it. In the meantime, it is firmly stuck in place, where it stands as a warning to the rest of you to take care of your choke tubes.