Add the shotgun slug to the list of endangered species, although it’s not one a lot of people will miss.... 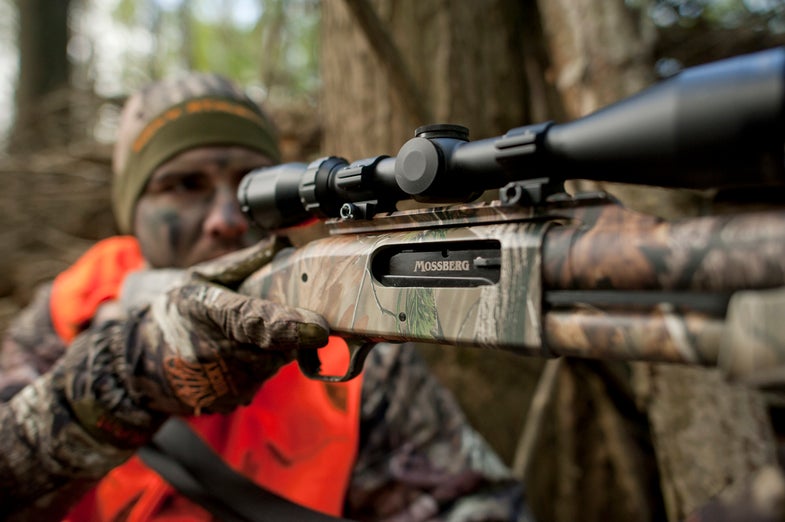 Add the shotgun slug to the list of endangered species, although it’s not one a lot of people will miss. I had been thinking that I hadn’t seen a new slug from any manufacturer in a while and wondering why, when a friend who works at a local gun shop told me: “Our rep can’t get us any more field/slug combo guns. There’s not much demand for them anymore. Iowa and Illinois are the last two states that are entirely slug-only.” The reason no one is coming up with new slugs and guns is that there isn’t much demand for them.

I can remember back in the 80s reading predictions that some day, every state east of the Mississippi would be slug-only. We are going the other way instead.

While muzzleloaders and handguns have cut into the popularity of slugs, the real threat to the slug comes from encroachment on its habitat by straight-walled cartridges, which are now legal in Ohio, Indiana, and in Michigan’s Limited Firearm deer zone and perhaps other slug areas I’m not aware of.
Straight-wall cartridges legal for deer hunting include (and I quote here from the Ohio hunting regs):

Given the chance, it would appear most hunters will switch to straight walled cartridges. As a friend pointed out: “the rifles for those cartridges are a thousand times cooler than a slug gun.”

It is true that a lever action rifle in .38-55, any falling block or rolling block single shot or even a Ruger semiauto carbine in .44 magnum is much cooler than any slug gun except maybe for an Ithaca Deerslayer. I will leave it to those of you familiar with straight-walled cartridges to enlighten me on their ballistic advantages over slugs. As we say – apparently – goodbye to slugs, I will only say that I never felt sorry for myself hunting deer in slug-only territory.

I shot deer at ranges from six feet to 100 yards with slugs, mostly the old fullbore Foster slugs, and, with one or two exceptions that required tracking, I found every one dead within 100 yards of where it was hit. My gun, an Auto 5 Buck Special, would put five shots into a fist-sized group at 50 yards, which, while not impressive to us, was highly impressive to all the deer I shot with it. It is perhaps politically incorrect to say, but a slug that hits a deer almost anywhere will make big enough holes going in one side and out the other to kill it. In my deer driving days, I saw lots of deer killed by bad hits that should have been cripplers.

The slug revolution started in the late 80s/early 90s, when rifled barrels and sabot slugs came in. BRI’s Bob Sowash shot the first MOA group with slugs sometime in the early 90s. For a while, there were new slugs every year, and better guns to shoot them with. With my Ithaca Deerslayer III and Winchester XP3 slugs I could shoot groups that fit inside my outstretched fingers at 200 yards, but that was then, and this, it seems, is now.

If this finds you clinging to your slug gun in the face of the straight-walled cartridge onslaught, or living somewhere where slugs are still required by law, fear not. Slugs may not be trending anymore, but they will still fill your tag.