To understand Don Malli, you need to remember that he was a rodeo cowboy, a saddle bronc rider and a... 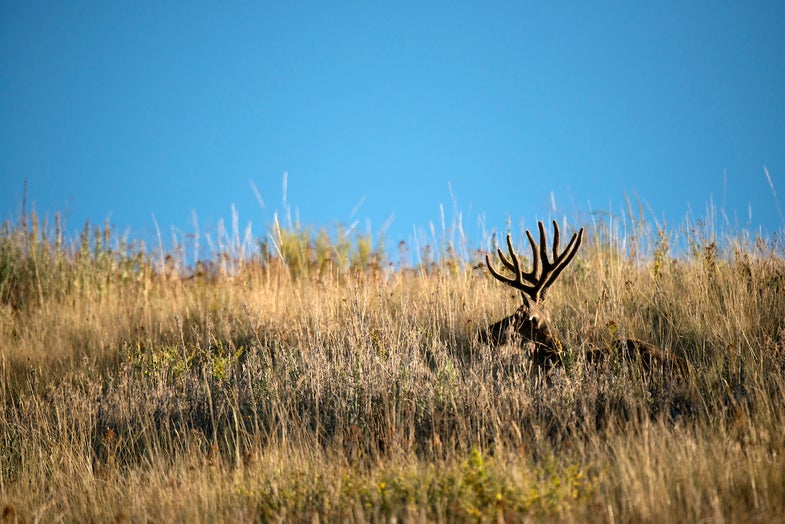 Don Malli was the best mule deer hunter the author had ever met.. John Hafner
SHARE

To understand Don Malli, you need to remember that he was a rodeo cowboy, a saddle bronc rider and a champion one at that, and that rodeo cowboys do not acknowledge either pain or the possibility of death. He was also a rancher, a gun nut of purest ray serene, a championship shooter, a businessman, a hunter, and certainly the best mule deer hunter I’ve ever seen. That was how we met. I had hunted muleys in Campbell County, Wyoming, since the early 1980s, and loved it, but lost my contact there, and looked for someone new who could get me onto a ranch.

In 1988, a recommendation put me on to Don Malli, who owned a ranch in Arvada (population 43) which is about 50 miles north of Gillette, and which you will miss if you sneeze while driving through it. Don also ran a guiding service called The Head Hunters, which specialized in very big mule deer, in which the area then abounded.

When I showed up at his ranch in October of 1988, the first thing I noticed was a Kowa fluorite-lens spotting scope on the window of his pickup truck. Kowa had introduced these marvels that spring, and there were probably a dozen people in the United States who knew what they were, or why it was worth spending a lot of money on one, but here was a Kowa fluorite scope in the wilds of Wyoming.

It was my first clue that Mister Malli’s approach to hunting mule deer was…different. The country around Arvada appears fairly flat, but 100 million years ago it was the bed of the Western Interior Seaway, which covered roughly one-third of what is now the United States (you can still pick up seashells around Arvada) and it is a mass of gullies, ravines, canyons, and depressions that give deer an infinity of places to hide.

Don knew every gulley, ravine, canyon, and depression on his ranch, and on the ranches adjoining his, and he used the land as a chess grand master uses a chessboard. He would roust me at some ungodly hour, and we’d get in the pickup and drive to a ridgetop, and then he would look through the Kowa, and look, and look. And then the sun would come up and make the frost on the sagebrush sparkle, and one by one, you’d see bedded mule deer heads pop up. But he didn’t pick a good one and go charging after it. He would look…and look…and look.

What he was doing was planning an entire stalk. He would figure out exactly how to approach the animal, even if it involved a detour of several miles. Then he’d say, “Now I know him. Let’s go kill him.” And that’s what we’d do.

Most of our hunts were very short. In 1990, I told him that I was fonder of whitetails than I was of mule deer, and did he happen to know of a good one? Indeed he did. Don picked me up at the airport, we checked my rifle’s zero, and drove to a field overlooking a brushy hillside. I took off my daypack and got down in the prone position, and no sooner had I done this than out trotted a very good whitetail buck and I pulled the trigger. Total time elapsed, maybe an hour and 45 minutes from the time I got off the plane.

The real reason I hunted with him was not for the deer, but because we hit it off, and because he gave me access to people and a way of life that I would never have come close to knowing without his introduction. I got to meet ranchers, and a taxidermist who looked like a derelict but who had hunted all over the world, and King’s Saddlery in Sheridan (which is a marvel, and which you must see if you’re ever there), and Tiny, the world’s largest buffalo bull, and the Custer battlefield, and the site of the Fetterman Fight, and all other manner of wonders. I loved it. I don’t think I ever went to Arvada but that I saw something fascinating.

One of Don’s yearly clients was a gentleman from West (by God) Virginia whose name was, I think, Bernard Bee. I thought of him only as a nice old guy until I learned from Don that Mr. Bee had been a B-24 pilot during World War II, and that his plane had been shot down on a bomb run over northern Italy. He bailed out and escaped the German patrols that were after him by running up one side of a mountain and down the other. With the help of the Italian Underground, he made his way to Yugoslavia, fought as a guerrilla with Tito’s partisans, and was listed as missing in action for over a year before making his way home at the war’s end. There was always something like that in Arvada.

On our last hunt, which must have been in the late 1990s, we looked and looked but no worthy deer did we see. I shot a cull and gave the meat to Hunters for the Hungry, and the next year I sent in a check to Don but the check came back with a note saying that he could no longer take people’s money because the diminished quality of the deer herd did not justify it.

In 2002 Don was diagnosed with leukemia. It did not kill him; cancer was not tough enough for that. He went to Houston for treatment, and after he had the cancer in remission he arranged for his friends who were also afflicted to fly there if they couldn’t afford it. The last time I saw him was at a SHOT Show; we allowed as how we were not the men we used to be, but swore to go on one last hunt but of course it never came to pass.

Don died on June 17th of this year, at age 60, in a one-car accident 55 miles southeast of Sheridan. He lost control of his car, overcorrected, and went off the highway. Because he was not wearing a seatbelt he was thrown from the vehicle and killed. The police say the cause of the crash was driver inattention. I think he was looking for deer instead of at the road. He was not wearing a seatbelt because he was a bronc rider, and bronc riders don’t hedge their bets with death or anything else.

I would like to thank him for those mornings when the frost sparkled on the sagebrush, and I hope he is in a place where there are big deer and country where he can set up a stalk that is a foregone conclusion before he even starts the pickup.