Gene Hill, whose writing graced the pages of Field & Stream for years, gave the sage advice that if you... 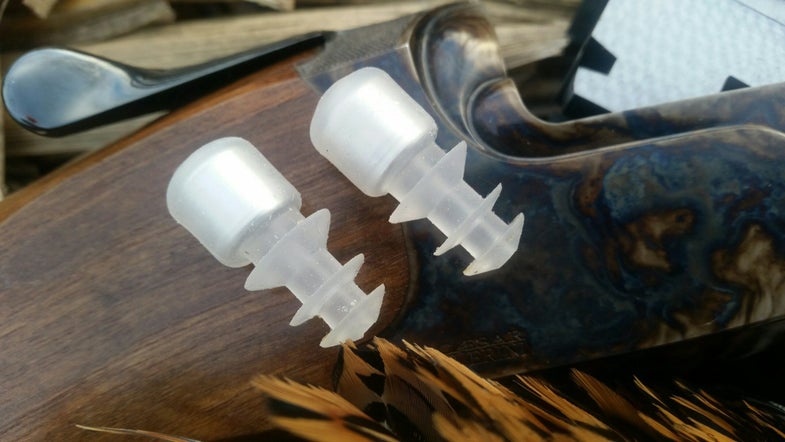 Gene Hill, whose writing graced the pages of Field & Stream for years, gave the sage advice that if you find a product you like, you should buy two before it is either discontinued or changed for the worse.

Taking Hill’s words to heart, I stocked up on Lee Sonic II Ear Valves, which I have worn while hunting for years. I had a bunch. Over the years I lost some, I ruined others leaving them in pants pockets (they survive a washing machine but not a hot dryer) and, upon realizing I was down to my last set earlier this year, promptly put it someplace for safekeeping and lost it. It’s in the house somewhere, I am sure, but beats me where.

I had thought that Ear Valves were discontinued, and I believe they were for a while, but they’re back, now made by Health Enterprises. Upon discovering they were available again I immediately ordered two pairs, and will probably get more just in case.

The ear valve has a little mechanical valve or flap inside that remains open to transmit normal sounds but is slammed shut by a loud impulse. How well it works is a matter of debate. I wouldn’t wear them for target shooting, but I have worn them faithfully for upland, dove and waterfowl hunting for 35 years now. While I am not getting any less deaf, I notice many of my friends are now deafer than I, so they must work at least somewhat.

When you wear them they do reduce normal sounds a little bit, but I am more than willing to live with the trade-off. When someone sticks a shotgun muzzle in my ear and touches it off in a duck blind, I can say, mildy, “don’t do that again” rather than screaming and grabbing my ears.

They have been changed only to the extent that they used to be made out of what we used to call “flesh” colored rubber (“flesh” is not really the right term. Flesh is red) or what the Crayola crayon people called “Peach”). The news ones are clear, which is neither an improvement nor a step back. It just means ear wax shows up on them better.

At any rate, I have worn these for years, they work, and they’re back.