Getting Started in Shotshell Reloading

Why reload? You can save a little money and make loads you can’t buy at the store. Reloading is also... 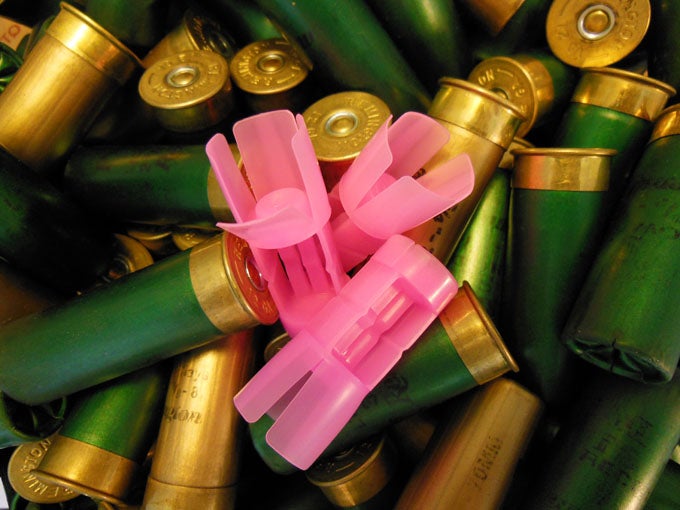 Why reload? You can save a little money and make loads you can’t buy at the store. Reloading is also kind of fun. Working up a load you like is interesting. After you get everything set up and go into production, cranking out shells is good, mindless relaxation.

I added up what I paid for reloading components recently and figured I am spending $4.81 per box of shells, which amounts to a savings of about $2 a box compared to buying target loads at the store. I could bring the price down to $4.50 or maybe a little less if I bought reclaimed shot and bought my components in even greater bulk than I do.

To start, you will need a press, a scale, and a solid bench to bolt the press onto. Presses come in either single-stage or progressive. A single stage press doesn’t cost much, and it works on one shell at a time. You move the shell manually through each stage of the loading process: depriming, priming, dropping powder, wad and shot, then a pre-crimp and a crimp. It takes me 10-12 minutes to load a box of shells on a single stage press, although people who are practiced and motivated can load a box in about 7 minutes. Most reloaders start out with the entry level MEC Jr., which sells for around $200. If you go that route, I would suggest spending another $60-$70 for the automatic primer feed accessory which saves you from having to fumble with individual primers. If you want to make hunting loads and 50-100 target loads a week for trap league, a single-stage is all you need.

A progressive reloader, works on several shells at once, and it turns out a box in under three minutes. You can get into a progressive loader like the MEC 650N for $350 or spend a great deal more. My RCBS Grand lists for about $1,000. Progressive loaders are fast, but there’s much more potential for error, too, in terms of making shells missing critical components like powder or shot. I never screwed up shells when I loaded on a single-stage press. I do mess up a few with a progressive machine.

That said, progressive loaders are the way to go if you shoot a lot. And once you try one, you will never want to go back to a single stage — at least not for volume production. If you really get into reloading, you might want one of each, a progressive for target loads and a single-stage for carefully constructed hunting loads.

It is important to get a digital scale that reads out in grains to make sure you’re loading powder and shot in the amounts you think you are.

You can find recipes for any kind of load on powder manufacturers’ websites. Stick to them. Changing any component can change pressures. Shotshell loading doesn’t require quite the precision of centerfire reloading, but playing it safe is always a good idea around gunpowder because you will spill powder and shot. Therefore, do not do what a friend did and set your press up in the living room. He thought it was convenient, and a great conversation starter when he had people over. Oddly enough, his wife disagreed.

Opinions vary as to whether spilled powder can be safely picked up with a shop vac. I use a broom.

Most gun clubs hold component buys once or twice a year where you can order in bulk and save money. Lead is the biggest cost, so the lighter the payload, the less your shells cost. Loading for the 28 and .410 saves the most money.

Just be forewarned that there is a gunpowder shortage right now, and if I knew the reason for it, I would write a separate post about it. No one knows why.

At a savings of $2 per box it takes a while to recoup your initial investment in a loader and scale. Therefore, the sooner you start loading, the sooner you will start saving money.