Greetings from Arnold, Nebraska, where I moved 1/8 of the way closer to my lifetime grand slam of North American... 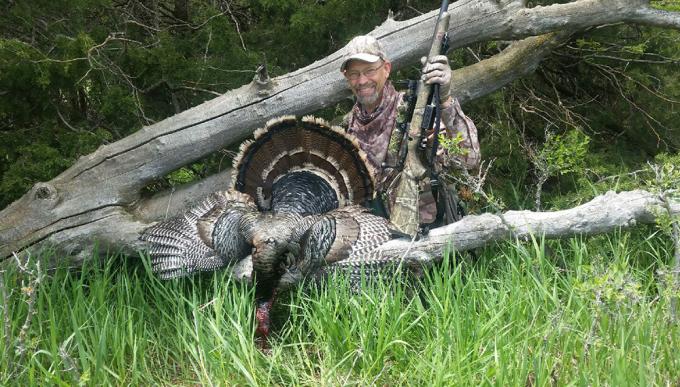 Greetings from Arnold, Nebraska, where I moved 1/8 of the way closer to my lifetime grand slam of North American wild turkeys last week. Arnold sits at the southern edge of Nebraska’s Sandhills, and it is populated by 597 people, roughly a zillion beef cattle and about the same number of wild turkeys. It is also crawling with mule deer and whitetails.

Turkeys around Arnold come in three varieties: pure Merriam’s, Easterns, and eastern/Merriam’s hybrids that are a mix of the two. I shot two of the hybrids last week, which I figure count for half a Merriam’s apiece. Add those to a bunch of Easterns shot in the Midwest and some Rios in Texas, I am, by my reckoning, 5/8 of the way to two Grand Slams of the four subspecies of North American turkeys (eastern, Rio, Merriam’s and Osceola).

I don’t particularly care about the slam. I just like hunting turkeys, and, having now hunted turkeys in Nebraska exactly once, I am ready to go back. We hunted a mix of ag fields and beautiful Sandhill pastures, which are cut with steep draws and plenty of cedar trees. You locate by spotting more often than calling, then you figure out how to get close enough to set up on birds.

After only three days of hunting I have the impression that the turkeys of the Sandhills don’t see quite as many hunters as our more skittish Easterns back home. If that’s the case, I’m okay with it. My home turkeys shun me on a regular basis, while the turkeys of Arnold welcomed with me open arms, or wings or whatever.

Many of the ag fields are bordered with thick cedar shelterbelts which not only are great cover for the birds, they are terrific places to sneak up on them. After a morning of close calls in which guide Keane Lohmiller and I drove around glassing and seeing lots of Custer County, Nebraska, the afternoon hunt took all of ten minutes. We spotted a gobbler by itself walking along the edge of a shelterbelt and looped around it on other side. We cut our stalk a little close, and were probably 50-60 yards from the bird when I crawled to the edge and sat down against a skinny pine tree. But, the turkey strutted and gobbled into range anyway and I shot it at 20 steps.

Next morning I told Lohmiller I was done driving around in trucks and I wanted to walk for my second turkey and he told me where to go and dropped me off. My walk through the sandhills was cut short right away by the sight of turkeys walking along a field edge. I detoured around them, down one side of a ravine and up the other to the far end of the shelterbelt, where a lane was cut through it that seemed like a perfect ambush spot.

Hour-long story short: a bobcat came to my calls first, and we watched each other at about 20 yards for a couple of minutes before he slunk off. Then there was a period of aggressive calling to turn the gobbler around when he struck out toward the far side of the field by himself. That worked, although he wound up rejoining the flock instead of coming to me. I relocated to get closer, tiptoeing about 100 yards inside the shelterbelt until I found a place where I could see through the rows of cedars into the field. A few quiet yelps brought the boss hen looking for me, trailed by all the other turkeys. My gobbler started squabbling with a couple of jakes, and when he stepped clear of them, I shot him.

Although both my birds had lots of white on their tails, they don’t have the pure creamy white of a true Merriams. Of the six turkeys we shot, five were hybrids and one was a true eastern. Cory Peterson, co-owner of Hidden Valley Outfitters,* with whom we hunted, predicts that within a few years there will be no pure Merriam’s birds left in the area as they keep interbreeding with the easterns. I am okay with that, and would go back, even if it means that if someday I shoot an Osceola and wind up 1/8 of a turkey short of a slam.

*Cory is a very good hunter, a hard-working rancher, and his attitude is refreshing: you paid the money, it’s your hunt, and you can do whatever makes you happy. More outfitters should be that way. Accommodations at Peterson’s Hunter House in Arnold are, well, rustic but not uncomfortable. The town itself is thriving and full of very friendly people, and the tapwater, drawn from the Ogallala Aquifer, is ambrosial.