Keep Your Knives and Guns from Rusting, Be a Renaissance Man

I keep a variety of knives on my workbench in the garage, which I’ve found is the best way to... 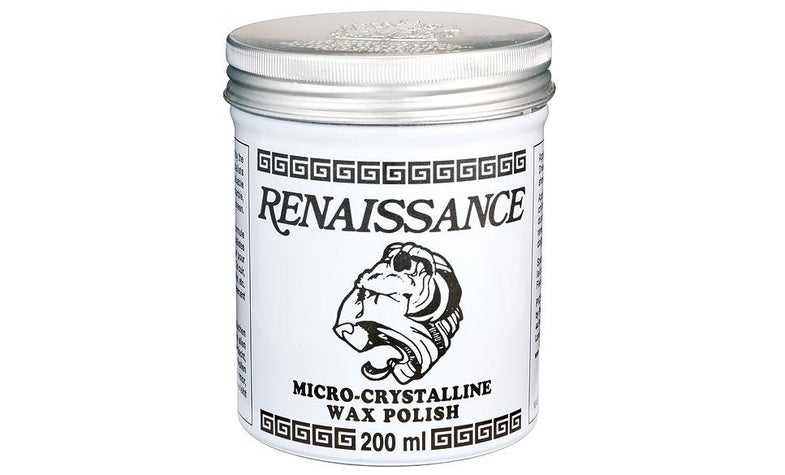 I keep a variety of knives on my workbench in the garage, which I’ve found is the best way to get the maximum amount of use from them, and one very good factory knife, made with 5160 steel (one of the old low-alloy tool steels) drove me crazy because even though I kept oil on the blade, it would rust if a cloud passed over the sun, or if someone cut a damp fart a mile away.

I took it to Lamont Coombs to have it repolished, mentioned the trouble I was having, and asked if there was something he used to keep rust off.

“Renaissance Wax,” said Lamont, and he was right.

And there is, by gum, a story behind the stuff. Renaissance Wax was formulated in the 1950s by the British Museum, which was looking for a way to keep steel and iron from rusting, copper from tarnishing and corroding, and damage from occurring to everything from paper to leather to wooden furniture. The traditional remedies, carnauba wax and beeswax, contained acids which, over time, will do as much damage as damp air.

What the British Museum formulated was a synthetic wax, refined from crude oil. It was microcrystalline, which made it far more water-resistant than natural waxes, contained no acids, and when applied in small amounts could be used to protect damn near anything. Once rubbed on, there it stayed forever, doing its job faithfully.

If you apply it to a knife blade, you put a very small amount on your fingertip and, very carefully, spread a thin, even coat on the steel and buff it out. The wax becomes as clear as glass, and its shoe-polish smell quickly vanishes. You can’t tell there’s anything on the blade, but it does not rust. Same with gunstocks. It gives them a beautiful finish. The other obvious place to use it is on barrels and actions that are going out in the rain and snow. Unlike oils and greases, Renaissance Wax doesn’t rub off, and doesn’t go anywhere.

It comes in 2.25- and 7-ounce jars, for $20 and $30, respectively, from Midway USA (Peace and blessings be upon them.). The larger jar will probably last you a lifetime, considering how little you use at a time, with enough left over to make your corpse look nice. Renaissance Wax is also available from Amazon.

And now, what has become of Joe Biden? In these days when all seems lost, his original insights are more desperately needed than ever. Is he locked in a closet somewhere? We demand answers.