Modern Rifles: How Much Better Are They?

Since this is the season for fantastic unsubstantiated claims, I jumped in awhile back and said that rifles were about... 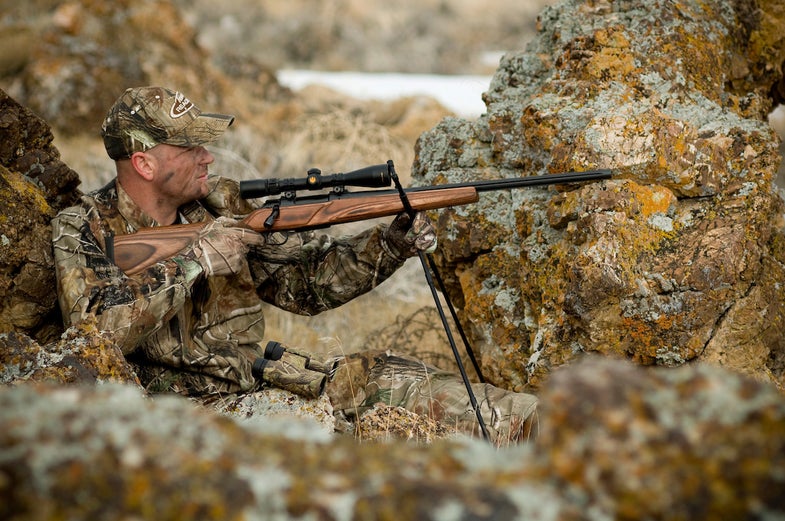 These days, most new rifles will shoot MoA or better. John Hafner
SHARE

Since this is the season for fantastic unsubstantiated claims, I jumped in awhile back and said that rifles were about twice as accurate today as they were in 1991. Then I became curious and went back to check whether I was full of it or not.

I started keeping most of my handloading records permanently in 1980. The records I retained, and to which I referred for this post, were of my own rifles, not consignment guns that were returned. The records of rifles I once owned but no longer do are kept in one loose-leaf binder. There are 86. Some I know are missing, so let’s call it an even 100. Records on the guns I still have are in a separate binder, and there are 16, for a total of 116. This is probably a fair statistical sample.

All told, they include true custom rifles, semi-production rifles, and factory guns. The smallest caliber is .222, and the largest is a tie between a .450 Dakota and a .458 Lott.

I can’t flatly say that the rifles I owned in 1991 averaged 1.112-inch, and the 2016 rifles average .771-inch, or something neat and simple like that. But a number of things do leap out. First, there seems to be a great sea change that builds slowly from the late 1980s and culminates around 2005. For all the 1980s and 1990s, just about everything, regardless of caliber or price, shot between 1 MoA and 1.5 MoA. The extremely accurate rifles shot the former; the least accurate, the latter. But over and over, you see groups that measure 1.230, or 1.440, or something like that.

The first breaks appear in 1985 with three rifles: One a .222 Sako left-hand conversion by the late David Gentry that printed .500. I was so impressed that I put an exclamation point next to the group size. The other two were a .22/250 and a .220 built by Seeley Masker, a local roofer who built benchrest rifles and who regarded a group as wide as .250 as a personal insult. But because these were varmint rifles, and not benchrest guns, they shot right at the quarter-minute mark.

Then, around 1986, I met Kenny Jarrett and Melvin Forbes and everything changed. Kenny’s rifles were guaranteed to shoot sub-MoA, and without exception they did. Melvin’s would very often do it. I got a graceful, plain-vanilla .30/06 from the great custom gunmaker Joe Balickie that would go under an inch.

Very slowly the contagion spread to factory guns. In the late 1990s, I saw some pretty amazing things from rifles whose price tags were well south of $2,000*. I remember shooting an all-stainless Marlin .45/70 Guide Gun that would print MoA groups with factory ammo and realizing that we were truly in a new era. Savage led the way by building competition and tactical rifles that could compete with custom guns. Now, guarantees of 1 MoA and ½ MoA are common, and the people who issue these guarantees are not kidding.

These days, if I go to the range with a rifle that likes what I’m feeding it, regardless of caliber, or what its price tag says, I will see MoA groups almost certainly well under that. When the Bergara B-14 shot .700 and change, I yawned and wondered what it could really do, and went home and tinkered with the handloads** some more, and sure enough, it went way below .700. This was not possible, or conceivable, in 1991. Kenny’s rifles could do it, but that was about the end of the list.

So, was I full of it when I claimed that rifles are now twice as accurate as 25 years ago? I don’t think so. You can argue hundredths and thousandths of an inch until the crack of doom, but just from my own records, the groups from a good rifle today are about half the size of what they were in 1991.

*Back around 2000, I was on a prairie dog hunt as the guest of a company that makes gorgeous and very expensive hunting rifles. I asked the guys who built the guns what they used to pop prairie dogs and they said “Savages.”

**All of this is based on the fact that I handload, and can tinker with ammunition until I find the magic combination of powder, primer, powder charge, bullet, and seating depth that gives truly magical results. If you don’t handload, your experience will be much different than mine.