Rifle Triggers: What You Need to Know

As King Richard II said, “For god’s sake, let us sit upon the ground and tell sad tales of triggers.”... 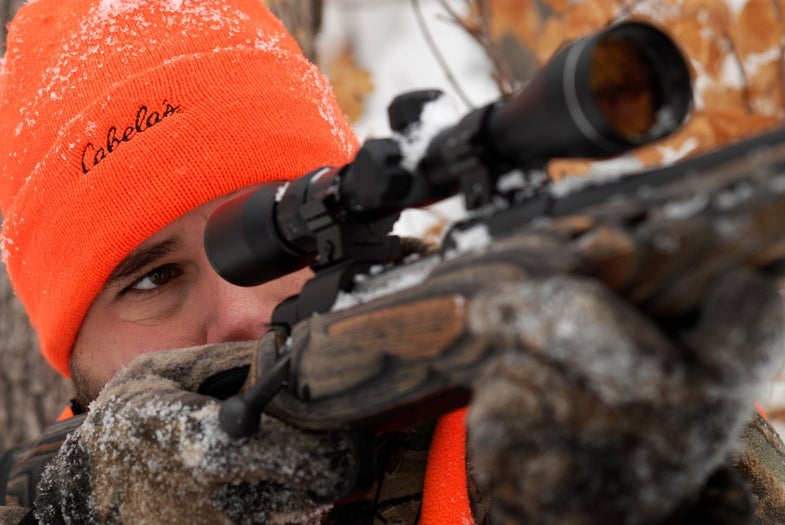 As King Richard II said, “For god’s sake, let us sit upon the ground and tell sad tales of triggers.” Well, I’m not sitting on the ground because this is a bad year for ticks, but it is the time for some trigger truths.

No less an authority than Jeff Cooper said that the most important factor in determining whether a rifle was any good or not was the trigger pull. I’d have a hard time arguing with that. However, the fact is that you can shoot very well with a crummy trigger; it’s just a lot more difficult. Many of the test rifles I get have disgusting triggers, but I’ve gotten a great many small groups out of them because I shoot all the time and am used to disgusting triggers. I can also shoot right-handed if I have to, but it’s not something I’m proud of.

Colonel Cooper also liked his triggers to break at 2 ½ pounds, which can be explained by the fact that he was an Arizonan and did most of his shooting, or just about all of it, in warm weather when his fingers weren’t frozen and he didn’t have gloves on. Uncle Robert Brister, who lived in South Texas, liked a Remington 700 trigger that was set to 2 pounds and “boogered” so it wouldn’t go off accidentally. It made my blood run cold. The 700 trigger is not designed to hold at that weight, and I have no idea what “boogered” meant.

I, on the other hand, do about half my shooting when my fingers are frozen into talons, so I won’t use anything less than 3 pounds, and 4 ½ is fine if it’s a good pull. Army and Marine Corps sniper rifles are set to 3 to 5 pounds, and even though these guys have to shoot very precisely, the weight doesn’t seem to bother them.

The way to judge a trigger is with a pull scale, and your eyes. The scale will give you the weight. For the eyeball part, you look at the trigger as you squeeze it and watch for rearward movement. A correctly set up trigger should move hardly at all or not at all before it releases the sear. Lots of movement means it’s creeping, which in turn means it will be just about impossible to make the rifle go bang when you want it to.

Creep means there is too much sear engagement, which some manufacturers insist on because it makes it hard for a rifle to go off accidentally and more difficult for lawyers to sue them.

In 2002 Savage introduced the Accu-Trigger, which was not only absolutely safe, but also could be adjusted all the way down to 1 ½ pounds. This embarrassed all the makers of crappy triggers, which was just about everyone, into upgrading their own machinery. Some of these upgrades really are that; the Winchester MOA trigger for the Model 70 and the brand-new Weatherby Mark V trigger come to mind. Some upgrades, however, are just crappy triggers with new names.

Some triggers can be replaced. Some can be made acceptable by a gunsmith who knows what he’s doing. Some can be made acceptable but at a cost greater than that of the rifle. If you’re thinking about buying a rifle with a sickening trigger with the idea of replacing it, check first to see that there actually is a replacement made. A reader wrote me about his Browning X-Bolt whose 4-pound trigger could not be gotten down to 3 pounds either by a gunsmith or the factory, and there are no aftermarket X-Bolt triggers that he can locate. Find out first.

Be very, very careful when buying a used rifle. There is no shortage of them that have triggers that were altered by people who didn’t know what the hell they were doing, and are accidents waiting to happen. Slam the action half a dozen times with your finger off the trigger and see what happens. If the trigger releases, look at another rifle.

Sometimes, a trigger can be made unsafe simply by the gunk that’s accumulated in it over the years. If you suspect this, lay on the Birchwood Casey Gun Scrubber with a heavy hand. Sometimes that will free things up and let all the little parts work properly.

As a rule, if the trigger is a handicap, don’t assume you can have it fixed or replaced. The cure may be difficult, or impossible, and you’re stuck.
The best trigger of all, at least for a hunting rifle, is still the original Winchester Model 70 mechanism. It contains only three parts, and those are robust, and once adjusted, it is for life. However, getting the trigger where it should be requires skillful stoning, which is not for factories or amateur gunsmiths. Montana Rifles still uses it, which is a good reason to give them your money.

In the meanwhile, if someone tries to sell you a rifle with a trigger that’s less than 3 pounds, remember the late Nancy Reagan and just say no.