Since it’s the off-season and I have time to reflect, today I’m reflecting on a question someone asked me in... 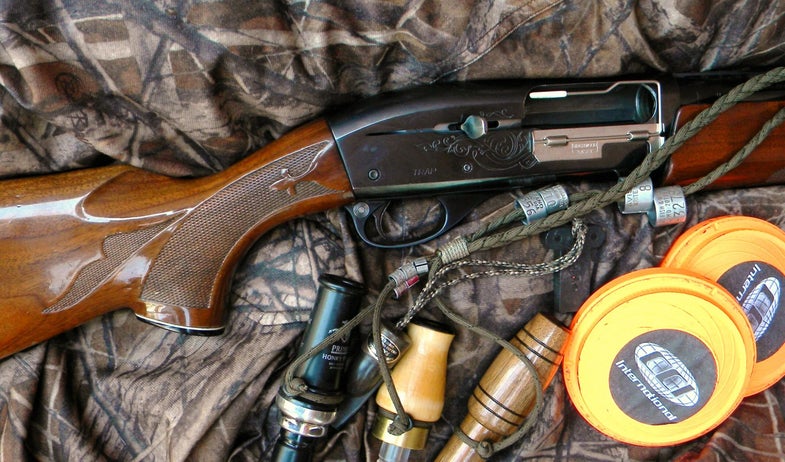 Since it’s the off-season and I have time to reflect, today I’m reflecting on a question someone asked me in the field this year: “If birds and clays are both flying targets,” he said, “Why do target guns and field guns have such different stocks?”

The standard answer is that target shooters “float” targets over the barrel while hunters blot them out. Therefore target guns have higher combs to raise the gun’s point of impact slightly while field guns are made to shoot flat.

I’ve learned, though, that I hit a lot more real birds when I can see them as opposed to blotting them out with the barrel. You can adjust to any last minute changes in direction. Also, any time you blot out the target and can’t see it, you increase the risk of looking at the bead. Once you look at the bead, the gun stops moving and you miss. So, I try to keep my birds in sight over the gun.

The real reason target guns have straighter stocks than field guns is because very few people mount their target gun and their field gun the same way. Most target shooters shoot a pre-mounted gun and take time to grind their cheek down hard on the comb before calling “pull.” Most field shooters throw the gun to their shoulder quickly, often shooting before their head is all the way down on the stock. Almost no one cheeks a gun as tightly in the field as they do on the clays range or in the gun store when they are trying it on for fit, for that matter.

That’s my theory anyway, and the 1100 trap gun pictured above is the exception that proves the rule. I bought it from a friend who was both a competitive sporting clays shooter and a waterfowl nut and the 1100 was his duck gun. Terry shot thousands upon thousands of competition targets back when sporting clays still required you to call for the target with an unmounted gun. With all that practice, he mounted the gun the same way every time, whether he was in the blind or on the range. The straighter stock of the 1100 trap model allowed him to see the duck over the gun.

If we all practiced our gun mounts as much as Terry has, field guns would have straighter stocks.