Shotguns for Deer: Will the Sabot Slug Go Extinct?

Back in the 80s and 90s we were told (and we gun writers repeated it, because it made an easy... 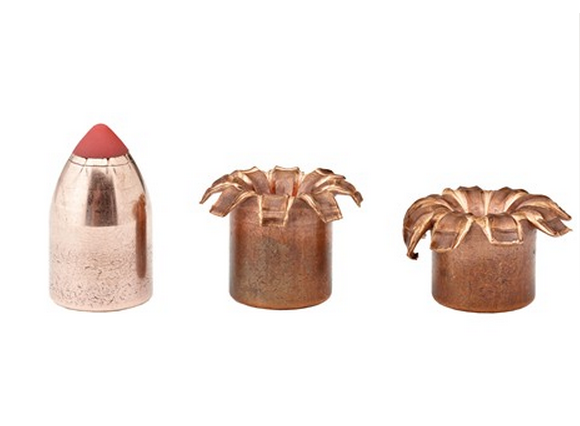 Back in the 80s and 90s we were told (and we gun writers repeated it, because it made an easy lead) that shotgun slug only zones were spreading, and someday soon all deer hunting east of the Mississippi would be done with slugs. Instead, 20 or 30 years later, we seem to be going the other direction.

I read somewhere that 3 million deer hunters in the U.S. use shotguns. That number has to be shrinking. Indiana legalized rifles chambered in some straight-wall cartridges back in 2008 or so. This year, Ohio, which has a ton of deer hunters, followed Indiana’s example. It seems, Michigan, another state with lots of deer hunters, either already has changed its law or is on the verge of doing so. That’s three major deer hunting states east of the Mississippi that have moved to allow rifles chambered for certain cartridges in what were slug-only zones.

The shorter range of shotgun slugs has always been the rationale for using them in populated areas. In Iowa, where I live, you are hardly ever more than half a mile from a house. Seemingly, shotguns firing short-range slugs would make sense. However, one study conducted by a group called Mountaintop Technologies in Pennsylvania, showed that slugs, when fired at some angles, can actually ricochet farther than .30-06 bullets.

The cartridges being made legal for deer hunting in shotgun zones aren’t high velocity centerfires, but primarily handgun cartridges, usually starting with the .357 magnum and going up to the .460 or .500 S&W, although the .45-70 also makes the list in some states. Fearsome though these may be as handgun cartridges, by centerfire standards they’re pretty mild. Most of them give you a maximum range of 150, maybe 200 yards or so, about the same as the best sabot slugs now.

Personally, I never felt sorry for myself as I grew up shooting deer with shotgun slugs. Most shots were close and slugs put a very large hole in one side of a deer, and usually made a much bigger hole coming out the other side. The stricken deer would run a short distance, then tip over. I never lost one I shot with a slug, even before slugs went high tech. When I started, the Brenneke was the pinnacle of shotgun slug achievement. We usually shot the cheap Winchester foster slugs and they worked fine out to 75 yards or so.

Nevertheless, much as I like shotguns and as much as they have improved, I’ll admit they are not the perfect deer gun. It would be pretty great to hunt deer with a lever action carbine, or the maybe the Ruger .44 magnum semiauto.

So here’s my prediction: most people in shotgun only states shoot cheap slugs out of smoothbores and always will, but perhaps in 20 or so years, the rifled shotgun and sabot slug will be extinct, replaced by rifles shooting straight-wall cartridges in every state east of the Mississippi.