Shotguns: Saying No to Synthetic Stocks

We were at trap practice last night and one of the kids, a freshman, asked if he could shoot a... 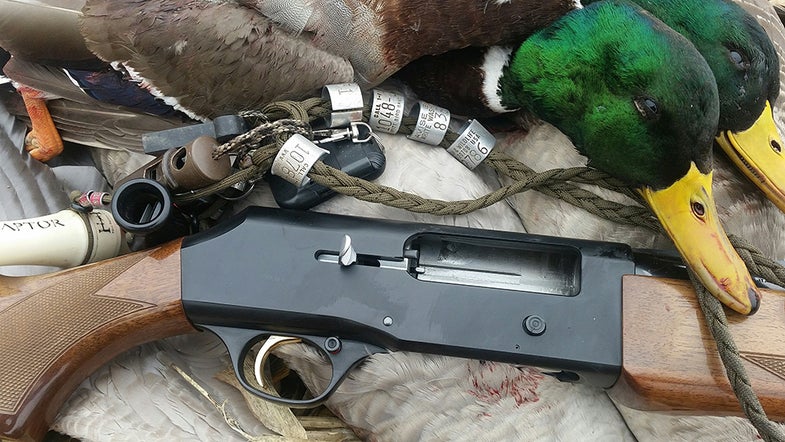 We were at trap practice last night and one of the kids, a freshman, asked if he could shoot a couple of my guns. Sure, I said, that’s why I bring them to practice. He put down his Benelli Nova and picked up my BT99.

The kid had never shot a gun with a wooden stock. I had never thought about it before, but I was taken aback to realize that it’s entirely possible to grow up in the 21st century shooting nothing but plastic stocked rifles, shotguns, and handguns. The new generation of shooters thinks plastic is a normal stock material and that wood is weird, outdated and obsolete. It doesn’t make me feel old, just sad.

I guess synthetic stocks make sense on rifles, since their imperviousness to moisture means stocks won’t warp, swell, shrink, etc over time and affect how the rifle shoots. In shotguns, I think synthetic stocks are overrated, necessary only on a very few guns, and they are ugly to boot. Our fathers and grandfathers hunted in tough conditions and shot wood-stocked guns, most of which they were able to hand down to us in one piece. Even dinged up by years of hard use, those guns look good in a way no plastic-stocked gun ever will.

And, there is no way a plastic – excuse me, synthetic – stock costs as much to make, fit and finish as a wooden stock, yet we still pay $1500 for the latest, greatest plastic-stocked semiauto. Synthetic stocks don’t scratch easily, it’s true, but if they are ugly in first place, who cares if you can’t scratch them? It’s not like you can make them any uglier. And while it is true that they are tougher than wood, they are not unbreakable.

In one way, synthetics are inferior to wood stocks when it comes to handling the elements: the buttstocks are much more likely to take in water when you dunk them than are wooden stocks. A couple of weeks ago, just to do it and because there were cameras rolling, I threw a Mossberg 930 into a pond.* As the gun settled in to the mud you could see a stream of bubbles running out of the juncture between the stock and the pad as the hollow stock filled with water. You don’t have to throw a synthetic stocked gun in the water to get the insides wet either, just dipping it every once in a while can be enough. That water can rust an action spring or its tube if you don’t remove the pad and make sure everything is dry in there periodically. Wood stocks, which are solid except for the stock bolt hole drilled in the middle, don’t take on water as quickly or easily.

Enough already. I have already started rebelling against plastic stocks and weeding out the synthetic stocked guns from my cabinet and replacing them with wood-stocked guns. Not even great wood necessarily, but wood. The B 80 in the picture is one of those new acquisitions, and I hope you will agree it looks better in a dead-duck still-life than any black or camo gun might.
I am keeping a few plastic guns. The black Beretta 3901 that’s been my main duck gun for the last few years is too good a gun to replace. Likewise I have an 870 Express Super Magnum that has been thoroughly worked over inside and out by Rob Roberts Gunworks. It, too, gets to stay. And my other 870 super magnum is my turkey gun, and it’s a keeper, although I’ll put it on the bench in reserve if I can find the right wood stocked gobbler gun to hunt with. But, the black Beretta 391? Gone. The black 20 gauge 1100 and 870? Both gone, all three replaced with wood stocked guns. A wood-stocked gun just feels right when I pick it up.

*I pulled it out after a few minutes, took it all the way apart, dried it, cleaned it, and shot it. It was fine. No Mossbergs were harmed in the making of this blog post.